Bad decisions around the construction of a power station in Ghana eventually took their toll.

It is difficult to say exactly when poor decisions and difficult conditions hit Group Five so hard that management had to announce to its shareholders that the group would be placed in business rescue.

Over the last 10 years the company has slowly faded away. Shareholders saw the share price fall from nearly R74 per share in 2007 to a mere 89c when they were suspended from trading on the JSE late on Tuesday morning. 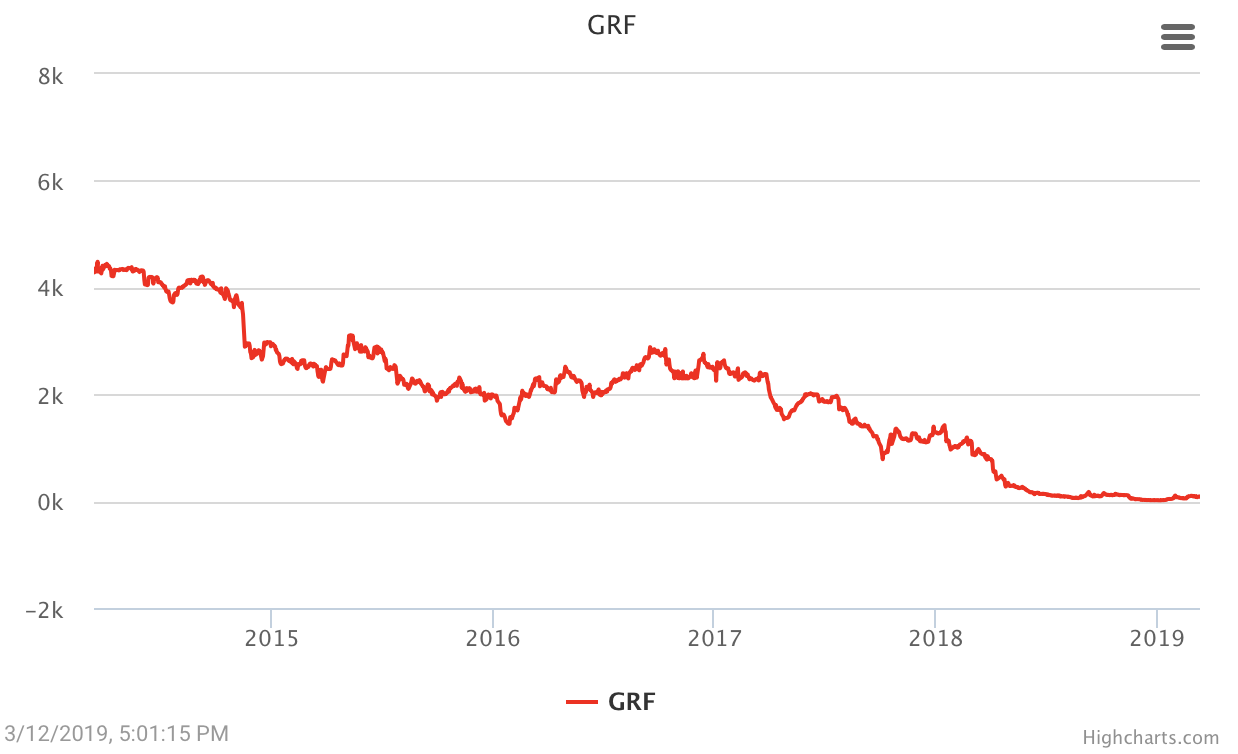 The announcement on the JSE’s Stock Exchange News Service warned shareholders that there is only “a slim chance” that they will realise any value from their shareholding.

It is obvious that the contract to build a new power station in Ghana turned into a total disaster over the past two years and pushed Group Five to its limit. The final blow came last week when a consortium that previously granted bridging finance to the value of R650 million refused Group Five’s request to advance more credit.

This refusal was based on three factors: the consortium had already advanced considerable sums of money; another huge loan would not solve Group Five’s working capital requirements; and it seemed unlikely that the group would be able to pay back its existing debt given the state of its balance sheet and potential to earn sufficient profit.

The latest financial results show that the creditors are most probably right in their analysis. Group Five suffered a loss of R1.31 billion in the year to June 2018 compared to a loss of R773 million the previous year.

The cash flow statement shows that the group’s operations burnt through R2.5 billion during the last two financial years.

Only two of the four reporting divisions were profitable during 2018 – Investments & Concessions earned an operating profit of R280 million and Manufacturing earned R70 million. The major losses were in the Engineering, Procurement and Construction cluster which struggled with the Ghana power station. The operating loss amounted to nearly R1.4 billion.

The annual report shows that management was desperate for cash.

The past few years were characterised by the selling of assets and even raiding the pension funds’ surpluses to the tune of nearly R100 million during 2017 and 2018. Directors’ remuneration halved in 2018 compared with the previous financial year.

But the problems surrounding the Kpone power station were too big and drained Group Five’s cash resources, as explained in the SENS announcement.

The discussion in the annual report about the gas- and oil-fired combined cycle power station in the Kpone district of the Greater Accra Region in Ghana makes for fascinating reading.

It seems all kinds of problems cropped up to delay the project – from a major change in project design (the power station uses only two types of fuel instead of three, as called for in the original design) and late delivery of equipment and building materials, to problematic engineering designs.

When the power station was completed at the middle of last year, Group Five could neither test it properly nor commission it fully because the client failed to deliver fuel of the correct quality. The contract specified that the supply of fuel was the client’s responsibility.

And then things got really weird. Group Five announced late last year that its Kpone client had terminated the contract – with the power station basically complete. In addition, the annual report disclosed that the client “issued demands to the group’s bank guarantee providers demanding payment of the full value of bank guarantees in issue of US$106.5 million”.

Unfortunately, Moneyweb could not get hold of Group Five management to discuss this issue, which seems to have been the largest single factor in the downfall of the once-promising construction group.

Some hope for parts of the business

Hopefully the business rescue practitioners, Metis Corporate Advisory, will be able to save big parts of Group Five and keep most of the 7 000 workers employed.

Metis founders David Lake and Peter van den Steen have been appointed as the business rescue practitioners and seem to have the right credentials. Lake offers experience in dealings in Africa, including the Ghanaian government, while Van den Steen holds a chemical engineering degree and an MBA, with experience dealing with a long list of distressed mining projects and companies.

At the end of the previous financial year, Group Five still had an order book of more than R10 billion. It seems likely that competent managers, engineers and business minded people can squeeze a bit of profit from that.

Unfortunately, Lake and Van den Steen will not have an easy task. The existing bridging finance of R650 million secured last year was guaranteed by a cession over Group’s Five best parts, namely the manufacturing cluster (largely Everite, manufacturer of Nutec building material) and the group’s interests in Europe (comprising maintenance contracts and road concessions).

Maybe the writing was already on the wall for Group Five, given the regular change in top management and executive directors during the last four or five years.