Who will fix Nampak?

The share price has rebounded after the recent huge sell-off, but investor confidence needs rebuilding to reverse the last few years’ losses. 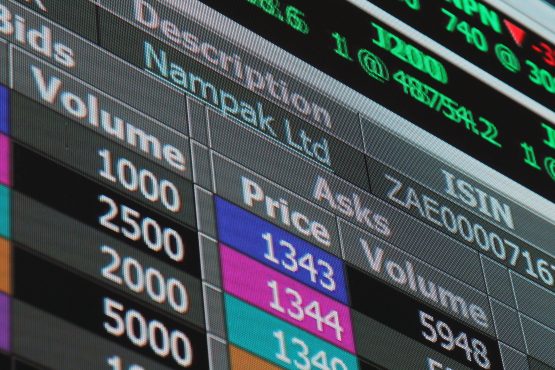 Directors are buying up stock, while two potential suitors decline to respond to speculation. Image: Moneyweb

By Friday’s close, Nampak’s share price had recovered to R5.70 from its recent low of just above R5 – when announcement of worse-than-expected results had shareholders falling over each other to sell shares.

This sent the price plummeting by around a third from R7.75 levels before the results were known. The share has crashed by nearly 90% since 2015. Shareholders are obviously not happy and would welcome any signs of change in the company’s fortunes – be it new leadership or a takeover bid to boost investor confidence. It looks like a good dose of confidence might be all that the share needs.

However, the biggest shareholder, Allan Gray with nearly 29%, seems unperturbed by the disappointing results for the year to September.

While the results were worse than alluded to in a trading update a few days before they were published, the market seemed to have been very harsh on the share. When basing calculations on the normalised headline earnings of R1.58 per share, the share price is currently on a very low price-earnings ratio of only 3.6 times.

Andrew Lapping, chief investment officer at Allan Gray, indicated to Moneyweb that it is“` relatively happy with Nampak. Allan Gray does not have any representatives on the board of directors and did not signal that it will make an input to appoint a new CEO to replace outgoing Andre de Ruyter.

“The business is far simpler with fewer loss-making assets. This should allow management to drive efficiencies, generate cash and reduce leverage over time,” says Lapping.

Nampak started to optimise its portfolio some 18 months ago by selling underperforming assets. It expects to receive R1.9 billion from the sale of Nampak Glass and Nampak Nigeria Cartons within the next six months, with the proceeds to be used to reduce debt. The sale of its European plastic packaging interests will cut debt by another R500 million.

Once the process of selling assets is finalised, group debt will decline from more than R13 billion to a shade over R10 billion.

At the end of September 2018, total debt exceeded R15 billion.

Meanwhile, cash flow is quite healthy. Nampak reported net cash generated before financing activities of R1.1 billion, in what was a difficult 12 months. Lower interest charges, some cost savings and a bit of growth in the market for packaging material will ensure continued good cash generation.

This also points to the market being harsh with regards to the share price.

Nampak is currently trading at a significant discount to net asset value. Its market capitalisation is less than R4 billion at the current R5.75 per share compared with the group’s net equity value of R8.2 billion, according to the latest balance sheet.

It is interesting that management embarked on an exercise to verify the values of all assets during the last year, after it noted that the share price was trading at a huge discount to net asset value at the end of the previous financial year to end September 2018. At the time, Nampak’s market capitalisation had declined to R6.5 billion while the net asset value was shown as R10.6 billion.

Management said the figures could be “suggesting that the group’s property, plant, equipment and intangible assets (including goodwill) were possibly being carried above their useful values”.

“Consequently, a group sum-of-the-parts valuation was performed based on discounted cash flow valuation principles with individual operations and cash-generating units being tested for specific impairment,” according to the report on the process included in the latest results.

Management concluded that no impairment losses relating to specific units were necessary – save for a net impairment of R713 million due to changes in the exchange rate that resulted in an impairment of Nampak Zimbabwe.

The exercise should reassure shareholders that the net asset value is not overstated, but that the share is cheap relative to the group’s assets.

Two of Nampak’s directors definitely thought that. Peter Surgey and Simon Ridley each bought shares to the value of nearly R1 million when the share price fell to R5.50.

Two separate disclosures of directors’ share dealings last week showed that Ridley bought 176 000 shares in the market at an average price of R5.60 and Surgey bought 180 000 at an average of R5.50 per share.

Nampak has also been buying its own shares and holds 6.6% of the issued shares as treasury stock. In addition to Allan Gray’s 29%, the other big shareholders include the Public Investment Corporation (PIC) with 11% and most well-known asset managers with around 3% to 4% each, which adds up to another 20%.

Maybe investors only need a bit of patience. The alternative it that a big player sees the potential and makes a takeover bid for Nampak.

Two potential suitors come to mind immediately: Remgro and Bidvest. Both groups have access to a few billion in cash to take a meaningful stake in Nampak and both have the reputation of management excellence to unlock value within the unappreciated packaging group. Nampak will also fit in with either Bidvest’s or Remgro’s existing portfolios.

Spokespersons from Remgro and Bidvest both responded with a terse statement to enquiries of the chances of them being interested in Nampak, saying that they don’t respond to speculation.

Shareholders will have to bank on patience, with the interim results for the six months to March to give further direction.