Eskom is being ‘structured and deliberate’ with its new plan

The new CEO is focused on ensuring that the utility runs in a stable manner. 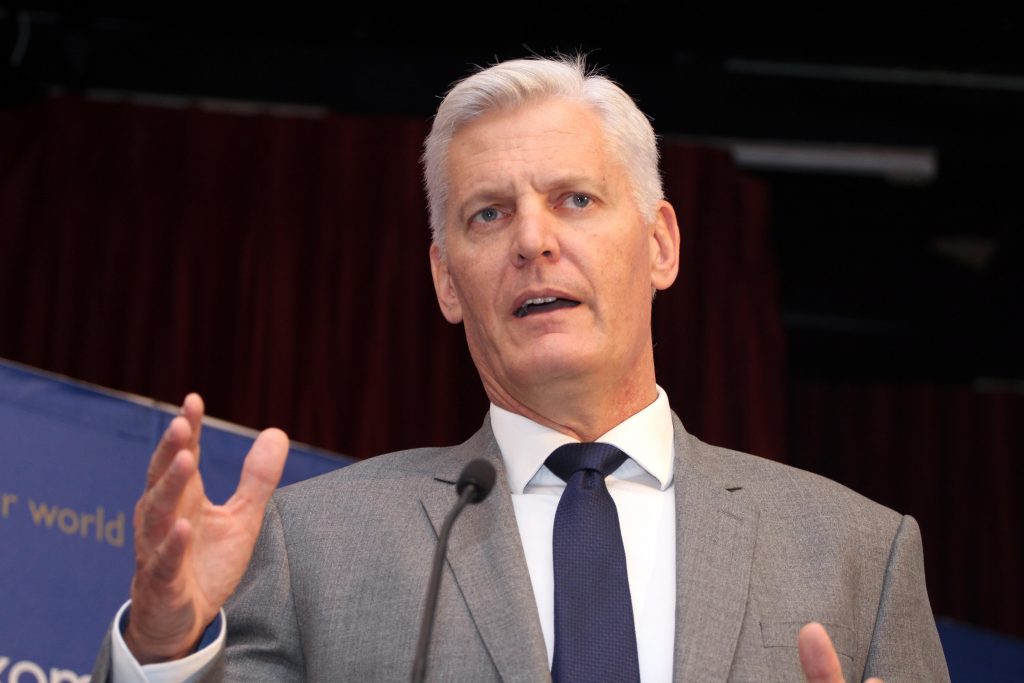 Hot on the heels of Eskom announcing renewed load shedding the night before, De Ruyter informed the media on Friday about the ethos of the plan, which involves returning to “philosophy maintenance”. This means Eskom will be conducting strict maintenance on its power generation fleet in line with the manufacturer guidelines as opposed to the piecemeal approach it had adopted, which only focused on emergency maintenance.

This new plan will be implemented within the next three months, said De Ruyter, and will ensure that Eskom gets a handle on unpredictable plant breakdowns, which leads to the expensive use of diesel to produce electricity as well as load shedding that is often not communicated speedily to the public.

“If we don’t implement this maintenance plan there is a very real risk that the deterioration in our system performance will continue … we therefore need an intervention, and we need it as soon as possible,” he said.

Eskom has a threshold of 9,500 megawatts (MW) for unplanned plant breakdowns, but over the past three months has had between 10,000MW and 13,500MW in lost capacity, leaving the system under severe strain.

Giving an update on the state of Eskom’s system, chief operating officer Jan Oberholzer said Eskom has had to institute 21 days of load shedding since September when its Summer Plan was announced. For the year to date, Eskom’s unplanned outages have been higher than anticipated, recording 471 trips from a target of 420 while its energy availability factor – that is the proportion of available generating capacity – was lower than the 71.5% target, at merely 68%.

“We will, unfortunately, have to expect some increase in load shedding [during the 18-month period],” said De Ruyter. “We are going to do this in a structured, careful and managed way as we will have to give ourselves the space to fix what we need to fix.”

Eskom’s board has given its full support to the maintenance philosophy plan.

Oberholzer said the utility had approached a number of the original equipment manufacturers in order to enter into long-term contracts with them to assist Eskom in operating and maintaining the plants.

The utility started this philosophy maintenance in the past two weeks by taking 3,200MW off the grid for long-term maintenance, not by the original manufacturers but by using the current resources within Eskom. The affected units are at the Kendal, Medupi, Hendrina, Kriel, Lethabo and Majuba power stations.

At the same time, Eskom will be prioritising the fixing of defects at its new-build stations Medupi and Kusile, with these two over-budget power stations expected to be in full operation by 2023.

De Ruyter emphasised that Eskom’s “divisionalisation” – as opposed to a legal “unbundling” – would be done in a careful and structured way in order to minimise the risks that could ensue with regards to tax, covenants with lenders, and employment relations.

“I would rather first go through all divisionalisation process and ensure that we are able to address these risks and put in place structures that will enable us to operate independently of each other, and then we can migrate,” said De Ruyter.

He, however, clarified that this was not a deviation from the roadmap presented by Public Enterprises Minister and Eskom shareholder Pravin Gordhan last year, saying “the end state has not changed at all, it is the way of arriving that we want to do properly and prudently”.

In the coming week, Eskom hopes to finalise appointments for the boards of the three entities – Transmission, Generation and Distribution. Once that is completed, said De Ruyter, the divisions will begin running like businesses with full operational and bottom-line accountability.

“Rather than hitting the brakes,” De Ruyter countered, referring to news headlines about his plans, “… we are hitting the accelerator in a structured and deliberate manner to ensure that we manage the risks appropriately.”