Why did PwC’s audit work not pick up corruption at SAA? 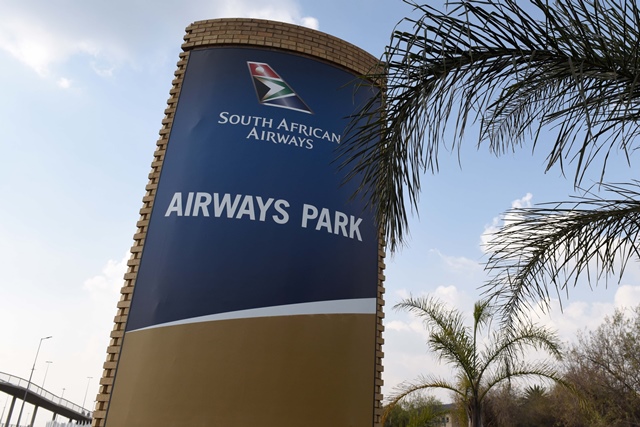 South African Airways (SAA) continues to make headlines for all the wrong reasons.

While government seems determined to ensure that its business rescue process goes ahead and is successful, some of the factors that contributed to the dire state of affairs at the airline were heard at the Zondo Commission of Inquiry into State Capture last week.

The PwC audit partner assigned to the SAA audit for the years 2014 to 2016, Pule Mothibe, testified at the commission on Thursday and Friday (July 16 and 17).

SAA was audited by joint auditors Nkonki Inc and PricewaterhouseCoopers Inc (PwC) for the years 2012 to 2016.

The commission last dealt with the aviation industry in February 2020, when it had begun looking at the role of auditors in the SAA-run companies.

Mothibe was expected to shed light on a question the commission had been pondering.

As evidence leader Kate Hofmeyr put it: “If corruption and looting was potentially taking place in our public institutions in the past – how was it that the auditors did not pick it up?”

In the five years that Nkonki and PwC audited SAA, PwC never picked up on anything untoward, and gave the SAA financials a clean bill of health.

Mothibe defended the audit work carried out by PwC:

Hofmeyr was persistent and frequently had to resort to: “Mr Mothibe, that was not my question.”

Kwinana was also chair of the SAA audit and risk committee, which determines the audit fees to be paid – in this case, to Nkonki and PwC. PwC had also entered into joint work arrangements with Kwinana & Associates, and put in bids to conduct ‘services’ for three other state-owned enterprises. The bid for the Passenger Rail Agency of South Africa (Prasa) was successful, and entailed work performed on asset verification. It was paid R6 million for this.

There was much obfuscation and avoidance of direct answers from Mothibe. At the end of the day, it smacks of conflict of interest.

The audit fees paid to Nkonki and PwC for those four years amounted to R69.7 million.

The 2016 audit report did not mention the following irregularities:

The R1.8 billion Swissport contract should have been identified as a red flag because there was litigation around it, it did not have the requisite licence, and it had taken a number of years for the contract to be concluded.

Further, the Swissport contract had not followed proper procurement processes and had been concluded in contravention of National Treasury regulations.

However, the Swissport arrangement did not trigger any concern for PwC. Swissport had also been paid every month with no contract in place.

Hofmeyr referred to an article published by Moneyweb in 2015 that would have alerted PwC to the Swissport irregularity – if it had read it.

When the office of the AG took over the audit for the 2016/2017 financial year, it found the financials to be in a shambolic state.

Irregular expenditure had shot up to R113.6 million (2016: restated to R73.8 million), and fruitless and wasteful expenditure was R 46.2 million (2016: restated to R16.6 million). The AG issued a qualified report, and stated that a “material uncertainty exists that may cast significant doubt on the company’s ability to continue as a going concern”.

Polani Sokombela, who led the AG audit for SAA’s 2017 financial year, explained in his evidence that when they asked for tender documents to be located, they couldn’t be found. The AG said it was a systematic failure, they couldn’t find contracts that were in the contracts register, and that the problem was so big that it must have been like that in the previous years.

Hofmeyr asked Mothibe about the state of SAA’s financial records: “If there were not sufficient records, was this endemic, or did this only occur in 2017?” Mothibe replied that if they found deficiencies, they alerted management and the board.

According to Mothibe nothing was material enough to “elevate to the audit report”.

Did PwC do a good job?

Zondo asked how the auditors could have given SAA a clean bill of health.

Mothibe replied: “Chair, we did look at procurement and contract management. We did identify deviations. We sought responses from management to understand what [had] happened so that we can appropriately report on that. We discussed with those concerned with governance, the audit committee.

“We should have included these non-compliance matters in the audit report. Chair, it is important for you to know that we did the work, and we did identify these issues.”

‘To what extent have auditors facilitated state capture?’

This question was posed by Hofmeyr. She further asked that, if this is so, is it because of mere negligence, such as auditors not doing their jobs, or something more sinister than that?

She noted that public funds were used to pay the auditors, and therefore this should be exposed. “The public deserves better from a public watchdog than substandard work.”

The full extent of how auditors have, knowingly or unknowingly, aided and abetted state capture is yet to be seen.