Sharing out the Steinhoff crumbs 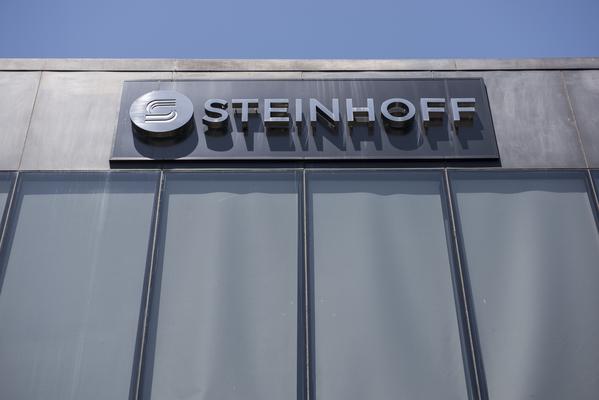 No doubt the Steinhoff board spent much of the last 12 or so months getting a feel for exactly how much the company could afford to settle the 90 multi-jurisdictional lawsuits it was facing – and balancing that figure against what it believed the claimants would accept.

In addition, it had to factor in the chances of getting the necessary backing from the group’s creditors, who have agreed to freeze their €9 billion (R180 billion) in claims until end 2021.

For the intricate corporate artistry of it alone, it deserves to succeed. But sadly for Du Preez, success is far from certain.

Fortunately for Du Preez the proposed settlement does not need 100% acceptance; it can be implemented if some claimants baulk.

“We would obviously prefer consent, and that is one of the reasons why we have released the details as we did,” said a spokesman for Steinhoff.

The level of rejection that can be tolerated depends on the relevant implementation process, which means what category of claimant (shareholder or vendor) and in what country (South Africa or Netherlands).

Two processes depending on jurisdiction

The process applicable to Dutch-registered Steinhoff International NV is called a ‘Suspension of Payments’ procedure.

“The level of claimant support required is 50% of all claimants (including financial creditors) present and voting, representing at least 50% of the total claims against SIHNV,” explained the spokesman.

In South Africa the settlement proposal involves a Section 155 process. “The level of claimant support required is a majority in number, representing at least 75% by value, of claimants present and voting in each class of creditors.”

In a remarkably ambitious proposal like this, the comparative allocation is as important as the absolute.

If all of the claimants accept that €850 million (R1.7 billion) is the maximum Steinhoff can afford to pay out (in cash and Pepkor shares), then half the battle will be won.

But if they believe the individual allocations are unfair, they will baulk.

One rejection so far…

At this early stage the only party that has indicated that it is unhappy with the proposed settlement is the ‘Tekkie Town’ team, which is suing for the return of the company it sold to Steinhoff in 2016.

Former Tekkie Town CEO Bernard Mostert has confirmed that it will not be accepting the offer.

In a display of what is probably Du Preez’s worst nightmare, Mostert recent told Daily Maverick: “We are not financially driven and are happy to see the court process out.”

Team Tekkie Town is being offered R116 million, which is way short of its claim of around R2 billion.

Not only is it not being offered Tekkie Town shares back, but the R116 million will be a mix of cash and Pepkor shares.

The major vendor claimants appear to have had some sight of this 12-month process and most seem to believe it is their best possible option.

Former Steinhoff chair and single largest shareholder Christo Wiese, who stands to get more than half the total payout, describes the proposal as “a step in the right direction”.

Others have informally indicated it is acceptable.

Dutch association VEB, which launched a class action in 2018, has also come out in support of the settlement plan and is urging shareholders to back it.

So far there’s been no word from BarentsKrans Attorneys, which launched the second of three class action cases in the Netherlands last year.

BarentsKrans is acting on behalf of SA institutional investors including Allan Gray, Coronation, Ninety One and Old Mutual.

A third class action, run in the name of Steinhoff shareholder Dorethea de Bruyn, recently failed to get the necessary certification from the North Gauteng High Court.

De Bruyn’s case failed because she was looking for compensation for losses suffered as a result of breaches of duties by Steinhoff’s directors and auditors.

BarentsKrans’s claim, which was lodged in the Netherlands, is based on fraud and the fact, acknowledged by Steinhoff, that the company published false financial statements.

Thus the failure of De Bruyn’s class action has no bearing on BarentsKrans’s chances of success.

As they contemplate the proposed settlement, is it possible that some of BarentsKrans’s South African clients will be reluctant to sign off on a deal that allows Wiese to score more than half of the total payout?

“Wiese is suing a company he was chair of for misleading him; his comparative success in the proposed settlement will not go down well with many claimants,” remarked one analyst.

“It doesn’t matter if he loses everything he’s paid in subsequent litigation, the principle that he should receive more than half of what has been claimed will cause unhappiness.”

(Wiese is currently involved in court battles with US-based Conservatorium, which bought the claims of seven banks that lent him $1.6 billion to buy Steinhoff shares in 2016.)

Adding to the disquiet around Wiese’s comparatively attractive position is the fact that his claims include the underlying value of an oral contract between two unnamed individuals executed one day in December 2011.

Then there’s the curious matter of the €200 million (R4 billion) loan made by Steinhoff to Wiese in early 2018.

BarentsKrans was not available to comment to Moneyweb on any aspect of the proposed settlement.

Du Preez is optimistic that if agreement can be reached within the next few weeks, the company can start distributing the €266 million (R5.3 billion) to shareholders in the first quarter of 2021.