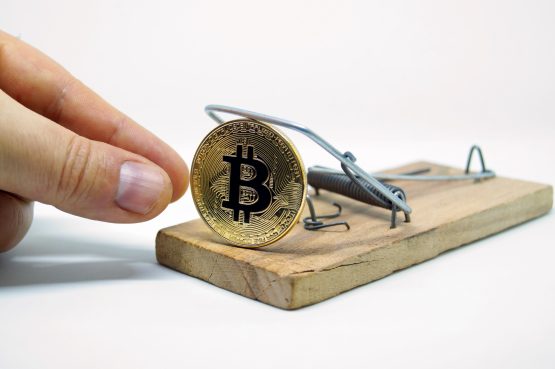 Mirror Trading International’s (MTI’s) promise of 10% monthly returns started getting the attention of crypto traders back in January. For seasoned traders, these claims failed the ‘smell test’, and they started talking about it online on IT news website MyBroadband.

Then two months ago Brandon Topham of the Financial Services Conduct Authority (FSCA) started looking into suspect claims being made on WhatsApp chat groups about the company’s incredible returns.

As Moneyweb reported last week, the FSCA is investigating MTI and has urged the company’s clients to request their funds back as soon as possible.

In July, the Texas Securities and Exchange Commission (SEC) issued MTI with a cease and desist order on the basis that its claims were materially misleading. The Quebec Financial Market Authority has also listed MTI as a company that solicits investors illegally.

The company has reportedly signed up more than 130,000 customers around the world, and its defenders – and there are plenty of them – argue that no one has lost any money with MTI.

The following interaction on MyBroadband is commonplace:

“Anybody who is unhappy can withdraw all their funds immediately and leave, nobody is holding you back! This continued attack is just a reflection of a justifiable Fear Of Missing Out (FOMO)? You are showing your jealousy!” says Bruce, an apparently happy MTI client.

Replies Stevie: “Do you really believe that what you seeing on your [MTI trading] dashboard is as a result of a real trade, that like the vast majority of them somehow managed to beat every statistical law and probability, and have a positive return?”

One critic was reportedly served a cease and resist letter by an attorney representing MTI. It’s getting ugly.

Astonishingly, MTI has reportedly pulled in close to R3 billion from investors, using multi-marketing teams who are rewarded with 10% commissions on new sign-ups. It also claims that the 10% commissions are paid out of profits rather than the investors’ capital.

“Empower Thyself financially with the spiritual currency of bitcoin and ensure your future by investing your bitcoin and earning 10% compound interest per month,” says the company’s Facebook page.

Is it possible to make 10% a month with bitcoin?

“Absolutely,” says one trader who asks not to be named. “It’s even happened in a single day that bitcoin has gone up 10%. But when you promise to do that month after month, then it starts to look like [a lie].”

Just prior to the FSCA warning, MTI claimed on its Facebook page to be a legitimate trading company that had been achieving an average 0.5% compounded growth per day, five days a week. But as traders have pointed out, this is virtually impossible.

The same Facebook page goes on to say that it trades with the “monetary value” of bitcoin, not with the actual bitcoin itself. The bitcoin apparently never goes into the trading company “as it is stored in a Triple A-rated insurance company in a cold storage facility in Europe”.

Cold storage in the crypto sphere means the bitcoin is stored on an electronic device not connected to the internet, and is therefore immune from hacking.

Recent adverse publicity appears to have done little to dent enthusiasm for MTI. A recent live MTI webinar capped out at 1 000 attendees, with the host reassuring members that it was fully compliant with the laws in SA, and that the profit machine was powering ahead.

Experienced traders have called rubbish on the claim that out of 200 trading days, only one day was losing. Evidence of this win-lose ratio is rather thin.

MTI supposedly has about 14 000 bitcoin under its control, which would make it one of the top 60 or 70 crypto players in the world – sufficient to move prices should it throw a decent percentage of that firepower at the market.

The company has urged investors to send their bitcoin over so they can start trading an equivalent amount on the forex market. MTI says it uses a proprietary “bot” and artificial intelligence to trigger buy and sells, and trades both cryptos and forex.

You have to be licensed by the FSCA if you’re trading in forex, and MTI has just been stopped from doing that.

Its Belize-based broker FXChoice also recently froze its accounts on the basis that its hyped-up marketing claims are hard to believe. Read its statement here.

Crypto trading falls outside the jurisdiction of the FSCA, though legal amendments currently in the works will bring crypto intermediaries and financial advisors under its watch.

In response to the FSCA statement last week, MTI says it’s complying with the regulator. Topham says this is partially true. “Yes, they are cooperating to an extent, but we want to have sight of where the money is sitting, and that we don’t have yet.”

Moneyweb understands MTI has shifted its trading account to another broker based in St Kitts in the Caribbean.

In response to the FSCA statement, MTI posted the following notice, alerting investors that while it would cease trading forex, MTI’s crypto bot would be fired up on Friday last week (August 21):

“During this break from forex trading, MTI will continue to seek a trading licence so as to be as compliant as possible. Once this has been achieved, MTI will retake our position in the forex space. We anticipate that this will take no longer than four weeks, after which we will then be adding the forex trading as an additional bot for members to benefit from, actively then trading forex and cryptos. The purpose of this change is to offer more to our members and to ensure that MTI continues to help you grow your bitcoin!”

MTI’s marketing whizz Cheri Marks posted trading results for August 20 on Facebook, claiming a 1.73% return for the day – despite MTI telling clients it would cease forex trading days earlier, and a day before the crypto bot was due to start operating.

“How is this even possible?” asks one trader. “By their own statements, they were not trading forex, and had yet to start trading cryptos.”

Marks (née Cheri Ward) and her now-husband Clynton were involved in BTC Global, which went down in a ball of flames in 2018 after the Hawks reported that $50 million (R854 million) had been lost in the scam (when its alleged founding trader Steven Twain disappeared), where investors were offered 14% weekly returns. However, it’s suspected that Twain was a fabricated person used as a scapegoat for the scheme’s collapse.

In a recent MTI presentation, US-based member Joel Santiago said MTI was 100% compliant with regulations in SA. “We execute anywhere from 400 to 800 trades per day, the system does, half of those are losing, half of them are winning.”

Presumably, then, the daily wins are sufficiently large to overwhelm the 50% losses that Santiago claims.

He adds that trading profits are allocated 40% to members, 10% to MTI, and the rest spread between “binary commissions”, leadership fees and traders’ fees.

The FSCA’s Topham says the company appears to have received a surge in inflows as a result of the Covid-19 lockdown, from people understandably concerned about their future source of income.

“Unfortunately, at times like these, some people make misguided investment decisions in the hope of making a killing, and I think this is one of those occasions.”

Bitcoin was conceived more than a decade ago as a kind of financial rebellion against reckless government money printing, and MTI plays on very real fears that governments have lost the plot and will try to print their way out of chaos.

In the last five years, however, the crypto community has worked with regulators around the world to bring a sense of order to what was seen as the financial Wild West.

Crypto and forex brokers are extremely sensitive to the vapours of scandal.

Its statement makes it clear that MTI executed few trades prior to May 2020, and what trades it did execute before the account was blocked were “performed manually, large and incurred substantial losses”.

This starts to smell even worse. “We want to make it clear that the information naming FXChoice as the broker where MTI executes its forex operations is inaccurate,” FXChoice states. “The same can be said about their claims of using artificial intelligence software.”

The following is an extract from its statement:

MTI opened an account declaring that all the funds they were going to trade were their own.

Due to large deposits, and the fact that FXChoice was mentioned in their marketing videos, we had to take a closer look at MTI.

MTI opened a personal account profile in 2017 under the name of its current CEO, but we didn’t notice any suspicious activity with the trading volume and the deposits were small.

Their activity picked up in May 2020; by this time, the account had been converted to corporate status. This was when the deposits and trades were made.

Our research leads to the realisation that MTI is a multi-level marketing pool that claims high returns from trading forex for their members using artificial intelligence software.

Additionally, MTI uses a very aggressive multi-level marketing campaign with high rewards to get new investors into the pool.

Due to this new information, we blocked MTI’s account on 10th June.

In a July 2020 report published on Globalcrypto, MTI CEO Johann Steynberg refutes allegations that MTI is a Ponzi scheme, says referral fees are paid out of trading profits and not investors’ capital, and that not a single MTI member has complained or not been able to withdraw their bitcoin when they requested.

Steynberg concludes: “The time has come to, for once and for all, address and reframe the reputational perception issues of regulators, the media and potential members about this industry, through MTI demonstrating that a genuine bona fide business and brand using an innovative business model of integrity can exist and grow sustainably in this sector. I am personally very determined to see this through and together with and supported by MTI’s professional advisors, this process is now underway.”