Businesses still on the ropes even after restrictions ease

John Loos, FNB’s Property Sector Strategist, said they asked participants for their perception of the major drivers of 'movement and sales activity' in the Owner-Serviced Property segment. 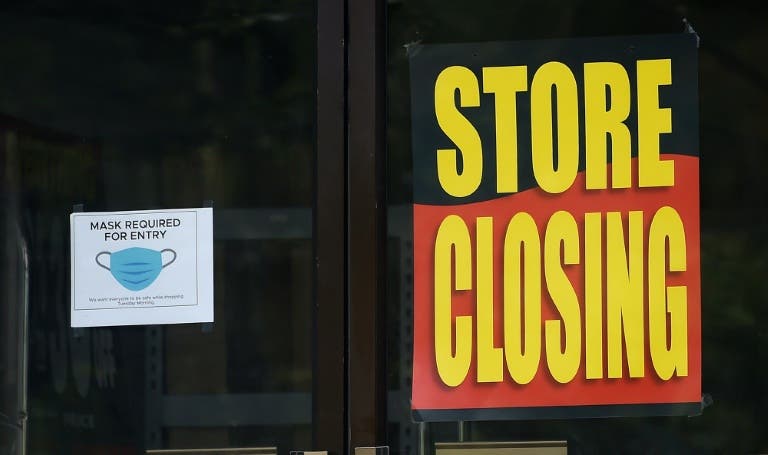 More businesses have had to shut down again as virus cases rise, undermining the nascent US recovery. AFP/File/Olivier DOULIERY

Financial constraints due to the impact of Covid-19 pandemic have emerged as the main driver of businesses relocating, closing or scaling down in the third quarter of the year, though restrictions had been eased.

According to First National Bank’s property broker survey, motives for selling property points to financial pressure among property owner-occupiers remaining “elevated” even after lockdown has been eased.

John Loos, FNB’s Property Sector Strategist, said they asked participants for their perception of the major drivers of “movement and sales activity” in the Owner-Serviced Property segment.

He said they estimated the percentage of movement and sales that they believe would take place for a particular reason and explained that the total percentage of all the reasons could add up to more than 100%, because businesses could be selling or relocating for more than one reason.

“It isn’t an exact science, therefore, but gives a broad picture, and what comes out of it is that by far the highest percentage of owner-occupiers are perceived to be selling or relocating influenced by financial constraints or pressures, that is 56.68% in the 3rd quarter 2020 survey, a very similar percentage to the 2nd quarter’s 57.4%, as well as being almost 10 percentage points higher than the 46.8% recorded in the 3rd quarter of a year ago,” Loos said.

He said this would appear to be very significant, with the two other significant motives being “relocating to be closer to the business’ particular market (26.83%), and “looking for a location with better access to transport, logistics and commuter nodes” (21.04%).

However, Loos said, sales and relocation for “bigger and better premises” remained at a lowly 9% in the 3rd quarter survey, very similar to the 8.2% of the prior quarter.

He said this remained far below the 22.4% estimate from the 3rd quarter of a year ago, having declined in prominence as economic and financial times toughened already prior to Covid-19 lockdown, but then declining far more noticeably in the 2nd quarter of 2020 as lockdown caused the recession to go far deeper.

According to the survey, Gauteng regions experience the greatest level of financial pressure-related selling or relocation as was the case in the previous quarter, with Tshwane metro being the highest at 72.5% of sellers, followed by Greater Johannesburg with 58.7%.

“However, all five regions’ percentages remain elevated compared to just prior to lockdown,” Loos said.

He said the survey pointed to lagged economic and financial impacts of the second quarter hard lockdown persisting, as they are expected to do for a lengthy period of time.

“This appears to tie in with what TPN (Tenant Profile Network) data shows in the tenanted property market, where the percentage of tenants in good standing with landlords remains very low as at July, even though lockdowns had been eased significantly by that time. These survey results add support to the view that ‘full’ post-lockdown economic recovery will be slow,” Loos added.