How corruption between state and public sector happens

EOH CEO says it begins with poor oversight at the top. 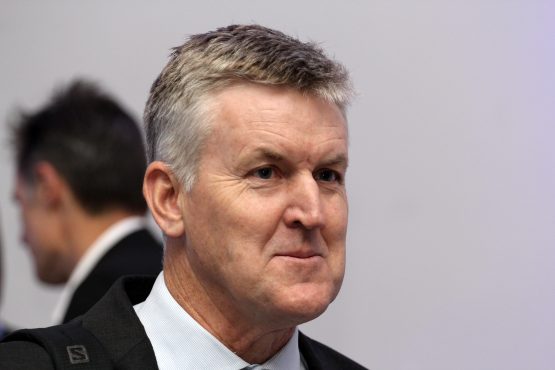 EOH staff who have not done their anti-bribery and corruption attestations will not get bonuses – Stephen van Coller. Image: Moneyweb

EOH CEO Stephen van Coller’s testimony at the Zondo Commission of Inquiry into State Capture inadvertently turned into a lecture on how corruption between the state and the public sector happens.

Over the past few years, the technology group has been implicated in various bribery scandals, leading to Microsoft cancelling its software licensing agreement with EOH, after it emerged that a deal with the Department of Defence did not follow the correct channels and was corrupt.

Van Coller, in his testimony, said EOH’s governance failure started with its board. The failure of the board was not only in its oversight role but also in how it was constituted.

He said the King IV codes of governance, for instance, say there should be a cooling-off period before an executive joining the board can be considered for the role of board chair, to ensure they can act as an independent director.

This, however, did not happen with Asher Bohbot, the founder and former CEO who became chair soon after leaving the CEO job. Bohbot was one of four ‘non-independent’ directors on the board as he, along with the other three, had served on it for over 10 years.

Van Coller saw how this attitude to governance affected the organisation. For example, no minutes of executive committee meetings – the next oversight level down from the board – were kept. There was also no centralised legal accounting entity. And the group had 232 separate bank accounts.

These issues were compounded by there being no delegation of authority. Without it, they found instances of people being able to sign up a supplier and be directly responsible for paying that supplier – with little to no oversight.

The lack of oversight can also be seen in there being no share dealing policy in place that required directors to get approval for selling shares.

“If the board and the executive committee are not walking the walk, people will follow them and they will do whatever they are doing and so it is a very important thing. And we started with that coming from the top, which was the leadership commitment, anti-bribery and corruption.”

When there are no proper oversight structures in place, it opens the way for some in the organisation to take advantage of the situation.

This led to schemes where “rogue employees” were selling 20,000 Microsoft software licences but only delivering 15,000, and charging above the normal rate.

Another ploy is to rope in subcontractors under the guise of enterprise development in government tenders. “But in nearly all these tenders these companies never featured in the tender.”

Van Coller said there were several issues around these subcontractors that hinted at the dubious nature of their involvement.

Project managers could not remember them, they were paid for no work or questionable work, no timesheets were handed in, and they were not part of the original tender bid. They were also paid in round numbers and were not hired for a specific job.

There were also instances of EOH winning tenders regardless of what it put in the bidding documents. “The costings did not really make a difference.”

This tender fraud resulted in EOH writing off R900 million in “problematic contracts” because it under-tendered and could not deliver on the contracts.

Van Coller said there was also misuse of regulations that allowed state entities to buy from a single source.

The curious role of go-betweens known as ‘introducers’, who were paid a fee for setting up meetings, was also an issue.

One of the more cunning schemes was issuing loans to subcontractors and then writing the loan off.

So far 85 EOH and 12 government employees have been investigated for corruption.

To turn around the organisation, Van Coller has not only implemented more stringent controls, he is also trying to change the culture of EOH by making people attend anti-bribery and corruption attestations every year.

Not taking governance seriously can cost employees in their pockets.

“It does not matter how well you performed, and that has been a very good start for us.”