Spokesperson Sikonathi Mantshantsha says the power utility stopped funding the project in 2019, and is investigating the reasons for the overrun and the delays.

Eskom says it is currently in talks with a view to sell the De Wilge Residential Development Project in Mpumalanga to the Human Settlements Department.

“How the original budget ballooned to R840 million is a question that hasn’t been answered. That building has been impaired down to zero, because where it is sitting currently, it would be very difficult to get tenants who would be willing to stay there and pay. At this point, it is not even in a condition for people to live in it. For someone to take over that building, Eskom will have to pay them,” Scopa heard. 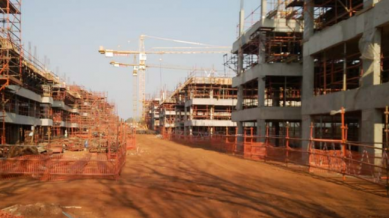 According to Eskom spokesperson Sikonathi Mantshantsha, talks to sell the flats to the Human Settlements Department are at an advanced stage.

“The department is conducting evaluations on the property. An announcement will be made once an agreement has been reached,” he said.

Mantshantsha said the power utility stopped funding the project in 2019, and was investigating the reasons for the overrun and the delays.

It was also revealed that workers finished working on the power station before the completion of the flats.

There have been changes in management and additional governance structures have been put in place to prevent similar incidents in future, said Mantshantsha.