After a week of turbulence it looks like Mango will keep flying Picture: iStock

In a week of will they or won’t they survive turbulence, low-cost airline Mango has been given another lease on life.

In first a WhatsApp message, followed shortly thereafter by a media release, the airline confirmed that it would continue domestic operations from Saturday and beyond. Presently this excludes flights to Zanzibar.

This message arrived a few hours after the South African Airways (SAA) business rescue practitioners (BRPs) exited. The Citizen had reported on Friday morning that this was the most likely outcome in efforts to save the airline.

The week preceding what is likely a collective sigh of relief by Mango ticket holders and staff, was a rough and tumble of cancelled flights, delays, laagers of silence and closed door negotiations. The outcome, for now, is that the airline lives to fly another day.

The end to SAA’s business rescue process was announced as the practitioners filed a notice of substantial implementation with the Companies and Intellectual Property Commission (CIPC), following a process which started on 5 December 2019.

The business rescue plan was approved by creditors on 24 July 2020, and the airline has to date received nearly R8 billion of the R10.3 billion required for its implementation from government.

In their statement, the BRPs said a “significant portion of the debt that hamstrung SAA has since been compromised and the balance thereof transferred to a receivership, a vehicle specifically intended to ensure the debt is paid over the next three years”. 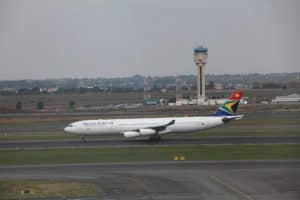