Mango has ‘no idea what the hell is going on’ after SAA 2.0 deal announced

The deal remains vague about the future of SAA’s subsidiaries, saying that the matter will be resolved in due course. 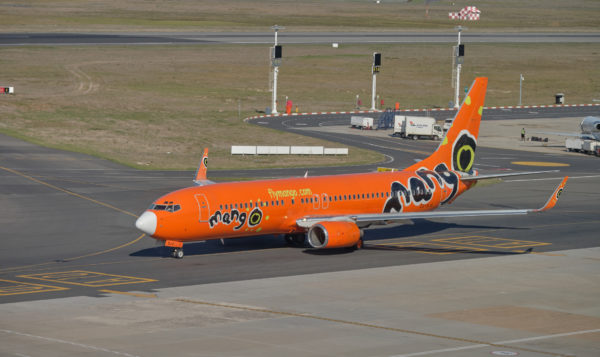 Staff at Mango have yet to receive June salaries.

Under the deal, a consortium between Global Aviation and Harith Investments will assume controlling shareholding of the flag carrier and its subsidiaries post a due diligence process.

Gordhan and new bedmates, special purpose vehicle Thakatso (Global and Harith), were vague about the future of SAA’s subsidiaries, saying that the matter will be resolved in due course.

However, while the value of SAA Technical or loyalty programme Voyager is evident, the future value of catering operation Air Chefs or operating two low-cost brands, Mango and Lift, is questionable.

The deal places Mango’s 749 staff in an extended limbo after months of pay-cuts, grounding and stop-starting.

Mango is expected to receive an R819 million bailout soon, but it is not enough to cover off reported debt of around R 2.5 billion.

At the end of April, the airline was grounded for twi days by Airports Company South Africa (ACSA) due to non-payment of its bills with lessors in the wings seeking aircraft returns.

Throughout all of this, Mango’s staff took voluntary pay cuts, part funding its survival. Now, employees have been dunked into even more uncertainty.

“We have no idea what the hell is going on,” said a Mango pilot to The Citizen after hearing the news this morning.

When Novick was joint CEO of Comair in 2006, he said under the headline ‘Kulula thinks this Mango will go vrot’ at Mango’s launch that it was likely to be a drain on taxpayers, and that he expected it to cannibalise SAA’s market share.

The consortium that Novick now heads will have both SAA 2.0 and a low-cost brand, either Mango or Lift. Mango was profitable for several years and, as The Citizen previously reported, frequently subsidised SAA.

“If they dump Mango, it’s another few hundred jobs in the drain.”

He anticipates a swathe of retrenchments in the wings.

“It is disappointing that there was such a lack of engagement by the champion of labour relations and the custodians of our rights as employees, the government. Then again, how we have been treated over the past year, could we have expected anything better?”