The eligible businesses will be majority black-owned and managed enterprises ,with a track record of at least 12 months. 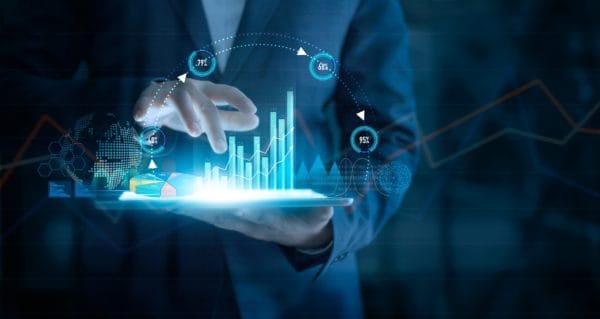 This was announced under the Abadali Equity Equivalent Investment Programme (EEIP) to boost the industrial and green economy sectors.

“The boost to manufacturing, in particular, is timely as one of the key lessons of the Covid-19 period has been the value of having domestic industrial capabilities,” Patel said on Tuesday.

Making the announcement, Patel said JP Morgan had become the first international investment bank to undertake an EEIP alongside government through the R340 million commitment.

This is in the form of grants and loans that have been projected by JP Morgan and up to R2 billion in capital or financing for short-, medium- and long-term funding over an eight-year period.

Patel explained that the funding was intended to support an injection into the South African economy aimed at small and medium-sized enterprises (SMEs) in sectors of significant public importance, ranging from transactions in the green economy to funding for firms with manufacturing operations.

“South Africa needs more jobs for young people and deeper levels of industrialisation. This transaction will give a boost to the country’s localisation efforts, creating employment and helping to strengthen economic output.

“I welcome the commitment to the creation of 1,000 new jobs and the focus on supporting a segment of the market that is not adequately served by the financial system,” he said.

The minister said the funding would facilitate an injection into the South African economy aimed at SMEs who faced critical funding challenges or who might not meet the traditional underwriting criteria of the commercial banks.

“The terms on which this funding will be extended is concessional and includes limited security requirements and loan repayment holidays that respond to the life stage of the enterprises supported and the operational challenges they might face.

“In this regard, it is intended to be ‘responsive’ funding. Responsive to the demand challenges the OECD [Organisation for Economic Co-operation and Development] flags in its scorecard on SME financing in South Africa,” Patel said.

Patel said the support to more than 500 targeted businesses was intended to generate more than 1,000 jobs, the bulk of which would come from the green and industrial sectors of the economy.

“The sum committed by JP Morgan is equivalent to the calculated cost of financing an equity holding of 22% by black South Africans in the local operations of JP Morgan, based on a modelling exercise undertaken by the parties,” the Minister said.

He said recent unrest in Gauteng and KwaZulu-Natal was indicative of the challenges that remain.

Many of the affected firms, especially the small and medium-sized firms, were the typical candidates who would benefit from the Abadali EEIP.

JP Morgan has already committed and made the funds available to the Abadali EEIP, which will allow for applications to be accepted immediately.

The Abadali grant will also extend grants of R40 million towards developing black enterprises into sustainable and successful businesses with a focus on supporting entrepreneurship and advancing jobs and skills for in-demand sectors like the digital and the green economy.

Medium-to-long-term finance will be offered at significantly subsidised rates to businesses with revenue starting from R1 million that require funding for two-to-five years.

The eligible, selected businesses will be majority black-owned and managed enterprises with a track record of at least 12 months of trading.

“The ministry, alongside our counterparts in the Department of Small Business Development and our funding agencies will have more to say in the period ahead about the funding measures in response to the unrest.

“We remain committed to ensuring that we support the rebuilding and restoration efforts of firms in these affected areas and will ensure that support is readily available to assist in these reconstruction efforts,” Patel said.