Targeting higher inflation is the new panic in town

The real median policy rate is now 2.5% below inflation. If it increases, the world debt bubble will explode. 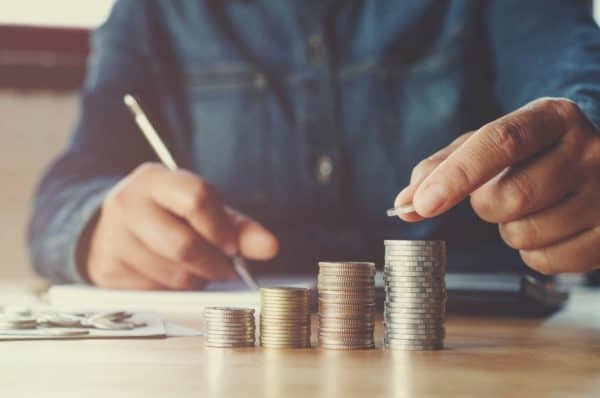 Economies are bouncing back on high spending and ultra-low policy rates – but debt levels have shot up. Photo: iStock

The Covid-19 pandemic caused economies around the world to slump. Governments reacted by issuing stay-at-home orders that caused problems for many as their incomes and livelihoods were destroyed.

Governments spent money like crazy trying to help people weather the Covid storm – but in fact helped create problems with their lockdowns, and the fear and panic caused the biggest decline in a hundred years.

Worldwide, we added more than 20% to the debt burden in about 18 months.

It’s not over yet either, and policymakers have a new panic to worry about – and it could make Covid-19 seem like a cold.

The message is clear. Your money is losing value in the bank, so spend.

The world debt-to-GDP ratio increased to a record high of 290% last year. It did drop back to 280% as the GDPs of many countries bounced back fast, but 280% is far higher than 240% before the pandemic.

Monetary policy normally fights inflation by increasing interest rates, but only a few central banks have done so – most have not. Some policymakers may have increased their rates, but interest rates are lower than inflation.

Savers are rather encouraged to spend. In many countries you can borrow money from the bank that is lower than inflation.

Inflation targeting is dead as the median real policy rate has been more negative over the last decade than before 2010.

The M2 money (cash and near cash) supply for about 75 countries raced ahead as governments, firms and households spent.

World inflation is now about 4.6% – the highest rate in 13 years. This is in addition to increasing food commodity prices, while the cost of oil and heating gas is also increasing rapidly.

Container rentals have increased 10-fold. Commodity prices are, in the main, heading up.

By now under the normal policy guidelines such as the Taylor rule most countries should have increased policy interest rates. Surely central banks should have raised rates if they still want to bring inflation down as the typical forecast for inflation is that it is rising.

Inflation expectations will also rise the more inflation rises and the bad news of droughts in Brazil hits everything from orange juice to coffee.

The inflation show could get a lot nastier.

Remember, inflation takes money away from the salaries of the workers.

Negative policy rates with high inflation is the worst destruction of savings known to man.

Already Germans are buying gold while others pursue equity strategies or buy crypto currencies in the hope of preserving wealth. The assets that grow now are more risky as both stocks and bonds are at very high levels.

In my view, high inflation is now the accepted outcome from central bankers as they choose to help lower debt-to-GDP ratios rather than savers who have come to rely on real rates and low inflation.

For real-economy firms, planning for expansion is also about to get a lot more difficult as inflation increases. The old foe looks set to make a comeback.

Global GDP growth for this year is forecast at 6% while next year most forecasters see it at around 4.5%. After that forecasts are now 3% and lower.

At first central bankers said inflation is temporary and would decrease back below targets quickly. Since then, they have shifted the language to transitionary or ‘a period of mild medium-term’ inflation.

Perhaps inflation will fall back a little, but that is no longer assured.

Targeting lower inflation is dead; it was killed by the pandemic

This while the real median country has a policy rate that is now 2.5% below inflation. Higher growth and higher inflation – and we should be increasing rates, but that is not going to happen for a decade or perhaps even two.

Inflation targeting policy is buried so deep because of the debt mess the world is in.

Debt at 280% of world GDP tells one that the debt service costs are now the most important factor for central bankers.

That is way above world nominal per-capita income.

Data for about 31 countries shows the median debt-service-to-GDP for the private sector alone is 15.4%. It is increasing even with super-low interest rates. The real median policy rate is 2.5% below inflation now! If it increases the world debt bubble will explode.

That is because if interest rates rise from these ultra-low levels to combat inflation, total private sector debt-servicing-to-GDP will increase.

At 2.5% below inflation central banks would normally raise rates to about 2% or more above inflation.

The debt service cost as a percentage of GDP for the typical country by my calculation would increase to about 25-30% of GDP.

The government sector interest-only payments also increase, so one would get a slow but sustained increase in government debt servicing costs too.

Suddenly borrowers would have to double their payments, and that will decrease expenditure by anything up to 20% as they pay back the banks.

Banks will not find new customers, and with the drop in demand GDP would shrink faster than debt. Houses and cars will not find buyers and the Middle East will be giving away oil for free.

Price deflation is very likely then, which will decrease nominal GDP even more and the debt burden will become even harder to manage.

That is the dilemma the world is in now.

Central bankers must know this and therefore the silent agreement is ‘talk inflation down so we can keep rates low’.

Let’s pray we get out alive of the debt dilemma.

The one way to decrease the debt burden is to get inflation rising as it helps increase the world’s nominal GDP.

Say the 2% real growth happens and inflation rises 4%, then nominal GDP increases 6%. Hope that the debt level only increases, say, 4%.

That would lower the debt burden far quicker than through 2% inflation only. Of course, it also lowers the debt service costs, which again helps consumers to spend more, and that helps growth.

So stuff inflation – we need to get inflation to help nominal GDP grow.

Policy rates are allowing most countries to keep their debt service cost down, and quantitative easing helps keep government bond rates low – and governments can take their time paying back the debt, or make new debt to repay old higher-interest debt.

The fact that the median big economy has already seen an increase in the percentage of GDP that debt servicing costs – despite the same economies having the lowest median real policy rate – shows the dilemma.

If policy rates increase, the costs of serving debt will increase as a percentage of GDP for the private sector, including households and non-financial firms.

If inflation is high and interest rates low consumers would be crazy not to spend or at least not save in the bank. Inflation would eat your savings so why not spend it on something now.

Your debt we forgive by stealthy inflation

Negative real rates are also in effect a form of debt forgiveness.

People with loans are paying less than they normally would, as in some countries the prime rates are also below inflation, but lower rates destroy the value of savings, currencies and so on.

And if the whole world does this together, then all currencies decline with inflation and no one currency must fall out of bed. That is the tricky part for central bankers as this goes against their ethos.

So it makes sense to borrow to buy some assets like the house you intend to stay in. In the current scenario the value is likely to increase – and while your salary may not go up, low real rates will make paying it back affordable. If you are sure of the rental income that can help pay the house then bargain here too.

In some cases in South Africa people who bought houses after the great financial crisis are now paying less back to the bank than they are for rates and taxes!

As most central banks cannot afford to increase rates by much, the risk is all on the bank as your prime-minus rate is about to get overtaken by inflation.

Debt forgiveness is not that you do not pay the bank back, but that in real terms – that is, adjusted for risks like inflation and default – you pay back less.

Think of it this way: if you buy a house and rates are 1% but inflation (and house prices) are at 5%, you effectively pay back far less. On a loan of say R1 million, over 20 years you pay back R1.22 million – but the property value increases to R2.65 million.

Over 20 years the homeowner scores the difference of R1.43 million, or double the original value.

This is in effect ‘stolen’ from the saver; the saver who didn’t borrow the original amount actually lost out on R1.43 million.

This is the rising ‘inflation for debt reduction economics’ of the policymakers now. You may actually be enticed to borrow even more and the central banks will struggle to raise rates for far longer than they hoped to as the debt ratio will keep increasing.

That means all real assets like houses, equities and commodities are the only real game in town.

I would be very afraid of my pension fund, which has to keep at least 25% in interest-paying assets. That part was delivering reasonable returns, now no longer. (One could hope for a commercial property boom but alas, we left the office and the mall for the delivery from the warehouse.)

Hang on to your donkey – it’s going to be a wild ride.

(But borrow the money to buy the donkey.)