The stable outlook signals that the downward trend in Moody’s rating of South Africa, which began a decade ago, maybe reaching a turning point. 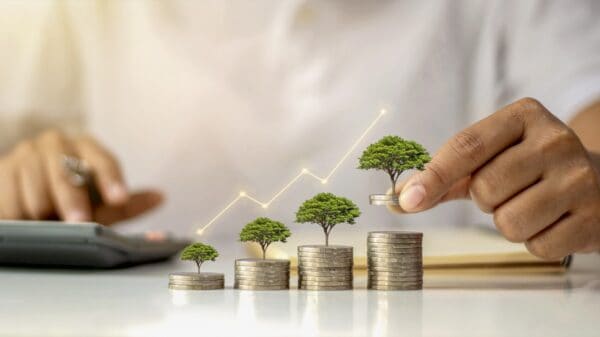 The company kept the nation’s foreign- and local-currency ratings at Ba2, two levels below investment grade, and changed the outlook to stable from negative. The move reflects an improved fiscal outlook that raises the likelihood of the government’s debt burden stabilising over the medium term, Moody’s said in a statement Friday.

“South Africa’s fiscal position has markedly recovered from the pandemic thanks to government’s fiscal consolidation measures and positive external developments,” Moody’s said. “As a result, it now looks likely that the government’s debt-to-GDP ratio will stabilise around 80% over the medium term.”

The stable outlook signals that the downward trend in Moody’s rating of South Africa, which began a decade ago, maybe reaching a turning point. The company was the last major firm to make its assessment of the country’s debt to junk, with two downgrades in 2020. Its assessment of South Africa’s debt is still a level higher than those of S&P Global Ratings and Fitch Ratings.

The outlook change follows a budget buoyed by windfall mining revenue and forecasts showing government debt will now peak 75.1% of GDP in the 2025 fiscal year — a lower level and a year earlier than previously expected — and a consolidated budget deficit that will narrow faster than previously anticipated.

Moody’s expects that the government will continue to pursue its fiscal consolidation strategy.

“Faster implementation of economic and SOC reforms, accompanied by fiscal consolidation to provide a stable foundation for growth, will ease investor concerns, and support a faster recovery and higher levels of economic growth,” it said.

This article is republished from Moneyweb under a Creative Commons license. Read the original article.