Business travel has resumed, here’s where they are headed

As countries' open borders and PCR tests are scrapped, several destinations have emerged as key drawcards for corporate travellers. 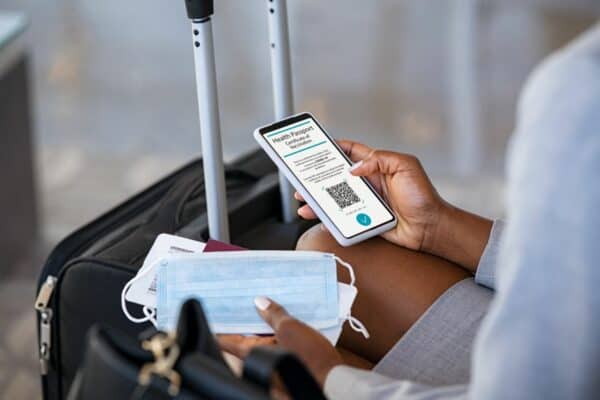 South Africa’s skies are the busiest they’ve been in two years.

The resurgence of the travel market has been led by the UK and Europe, while the US, Canada and Australia lag only slightly behind.

Desai says the UK has traditionally been a favourite amongst South Africa’s outbound corporate market: in 2020, visitbritain.org reported that 14 350 seats departed from South Africa to England every week.

The country’s status as a top destination hasn’t changed despite being widely criticised for travel bans, the basis upon which lacked scientific veracity in relation to the spread of Covid-19.

With a number of trade shows set to take place in Europe during the year, the country’s continental neighbours will also be seeing a fair share of traffic.

The European summer months are expected to be especially busy, with shows like Viva Technology (Europe’s largest tech industry showcase) taking place in Paris in June.

Tech players are also looking forward to Madrid’s South Summit in June, which ends days before the London Tech Week.

Berlin is gearing up to host Automechanika, the largest automotive industry trade show, in September, while IFA, the world’s largest consumer and home electronics conference, will take place in Berlin during the same month.

“Airlines have steadily been increasing capacity between Europe and South Africa, and there is even a new airline on the horizon: Brussels Airlines.

Trade shows have become big business in the United States. According to ibisworld.com, the number of trade shows and conference planners in the country now stands at almost 7 500, an increase of 8.2% since 2021.

The demand for exhibitions is on the rise, with several shows drawing worldwide attention. These include the Offshore Technology Conference (taking place in Houston in May), InfoComm, a showcase for the audiovisual industry (scheduled for June in Las Vegas), and JCK Las Vegas, a jewellery industry expo, also taking place in Las Vegas in June.

“With its many hotels and conferencing facilities, it stands to reason that Las Vegas is a hugely popular destination for business travellers,” Desai explained.

Australia’s decision to open borders in March, after a two-year travel ban, has been warmly received, and South Africans are already looking down under for opportunities.

Travel to other African states has remained consistent over the past few years and regional travel is expected to flourish.

Amongst other outbound locations known to attract South African business travellers, Asian markets are showing some lag. “Singapore, for example, accounts for only a small percentage of the outbound corporate market at present,” overserved Desai.

However, the situation cannot be helped for other countries: although the Chinese and South African governments have been working to improve travel freedom between the two countries, China is still restricting entry into the country, as is Hong Kong.

Pricing and capacity – what’s the impact?

While the outbound corporate market is gaining momentum, Desai notes that South Africa is seeing more capacity offered by Emirates, which has added one Durban and one Cape Town flight.

“We will definitely see a need for increased capacity in the coming months,” he says.

Unfortunately, though, this is unlikely to translate into lower ticket prices. Prices are likely to continue to rise, primarily driven by the cost of oil.

At the same time, demand is growing.

“It’s always cheaper to travel on a Tuesday, so I personally will always book my flight for Tuesday travel,” said Desai.