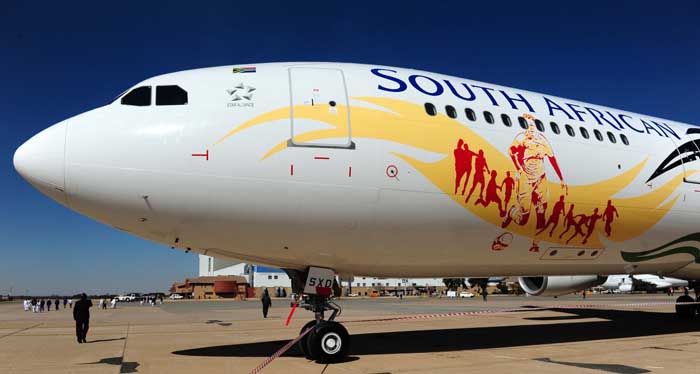 The best option for South Africa as a country in dealing with the struggling South African Airways (SAA) is to close it down and increase access for international carriers, Comair CEO Erik Venter told Moneyweb on Monday.

Speaking to Moneyweb ahead of finance minister Pravin Gordhan’s budget speech on Wednesday – which is expected to contain an announcement that government will extend its guarantees to SAA by as much as R5 billion – Venter said the guarantee won’t solve all of SAA’s problems.

SAA has been given until the end of February to table before Parliament’s standing Committee on Public Accounts (Scopa) its outstanding financial statements for the year ended March 31. The financial statements have not been finalised yet as the external auditors would not sign off on the entity’s going concern status without a further guarantee.

This guarantee would be in addition to the existing R14 billion in government guarantees to SAA.

Venter said if it obtains the guarantee, SAA would be able to show on paper that it is a going concern, but it might still run out of cash. If that happens, government would have to inject actual cash into the airline, as commercial banks don’t want to lend SAA any more money.

“And they are still losing money as fast as government can print it,” Venter said.

It will be difficult to privatise SAA at this stage in its decline, Venter said. Due to regulatory restrictions on foreign shareholding in airlines, an international airline won’t be allowed to buy more than a 25% stake in SAA. That won’t be attractive to investors, as it won’t give them management control, especially in the light of SAA’s well-know governance problems, Venter said.

Government cannot put SAA in business rescue as its head of legal and risk Ursula Fikelepi advised late last year, because if the business rescue practitioner should determine that the business cannot be saved, it will be obliged to liquidate the airline, Venter said.

He said government could downscale SAA and allow its low-cost subsidiary Mango to manage all the domestic operations, since Mango has a lower cost base. Internationally it will, however, be best for the country if SAA’s services are closed down, Venter said.

Venter spoke after Comair announced its interim results on February 16. The airline that operates under the British Airways and low-cost Kulula brands, reported R382 million cash earnings, down from R481 million in the comparative period.

Its profit for the period dropped from R164 million in the prior period to R84 million as a result of the revaluation of its 27 million dollar-denominated loan on one of its aircraft due to the sharp drop in the rand.

Venter told Moneyweb Comair’s six new aircraft were sitting on the balance sheet at R10-R11 against the dollar and have not been revalued. The net asset value is therefore close to R5 per share, as opposed to the current share price of R2.78, he said.

Comair is being managed extremely well and the fleet upgrade shows the company is fundamentally healthy, she said. She considers the share price reasonable at a PE ratio of 12.8 and its 4.25 dividend yield is good.

The one thing that would discourage her from investing in Comair at the moment is the threat of a country ratings downgrade to junk status. She said it is not clear what the effect of such a downgrade would be on the rand and on South African companies, and therefore she is sitting tight.

“The only shares I’m buying at the moment are those with dual-listings” Morgenrood said.