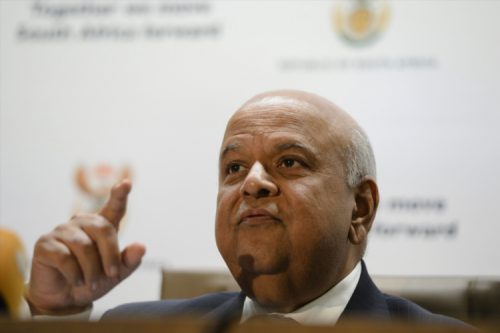 The procurement reform finance minister Pravin Gordhan announced in his recent budget speech might benefit infrastructure group Accéntuate’s flooring business, as it eliminates bidders that fail to comply with specifications.

On Monday Accéntuate announced a 1.5% increase in revenue for the six months ended December 31 to R173 million (2014: R170.5 million). Operating expenses decreased by 2% and operating profit increased by 46% to R10.8 million.

FloorworX, Accéntuate’s largest subsidiary that contributes 80% of revenue, very strongly positions itself in relation to its ability to comply with product specifications. While FloorworX supplies to government’s flooring contractors, rather than to government itself, it will benefit if centralised government procurement ensures stricter adherence to specifications of flooring solutions, its MD Donald Platt said.

An important focus area for FloorworX is the supply of flooring for government schools and hospitals. Donald Platt said while the specification for flooring in schools is usually quite generic, the move to introduce technology in Gauteng schools has led to the introduction of anti-static flooring, which is a niche product that FloorworX provides. Some hospitals also need niche products that FloorworX is well positioned to provide.

Group CEO Fred Platt said any move by government to support local procurement would favour FloorworX, since it is the only local manufacturer of vinyl flooring.

He said about 25% of Flooworx’s input cost is oil based. The lower oil price however only served to mitigate the “incredible devaluation” of the rand.

Fred Platt said the group does not expect the macro economic environment and business confidence to improve in the next year or two and FloorworX has taken a view to explore Western markets it has not been active in before, for export of vinyl flooring products from its factory in East London.

It has made progress in finding distribution partners in territories such as the US, Canada, Australia, Mexico and parts of Europe. Fred Platt said announcements in this regard would be made in July. Those markets are huge and getting even a small percentage of it, will be significant for FloorworX, Fred Platt said.

Fraud amounting to R6.5 million in the reporting period and R70 million over the last ten years was discovered, after an internal audit at FloorworX’s East London plant in December. The amounts have been fully accounted for.

The financial director of FloorworX in East London was suspended as a result and a criminal case was opened. Court orders were obtained to freeze both his and his immediate family’s bank accounts, Fred Platt said. “No other employees are believed to have been involved”.

He said this has had a huge impact on the business. As a result the board’s audit and risk committee has been strengthened by the appointment of Thys du Preez, an experienced CA, former partner at E&Y and current non-executive director of the Efficient Group.

Control systems at the East London plant and across the group are being reassessed to prevent anything like this recurring, Fred Platt said.

Accéntuate’s chemical business Safic Environmental Solutions saw much pressure on its traditional markets, including mining, metal treatment and engineering. Supply of adhesives to FloorworX supports Safic, but it is also looking at acquisitions to get the necessary volumes through its factory, Fred Platt said.

Accéntuate did not declare any dividend.

Its share price was unchanged at 80c by close of trade on Monday. It has gained 45.45% over the past year.