Hemphill set to make his mark 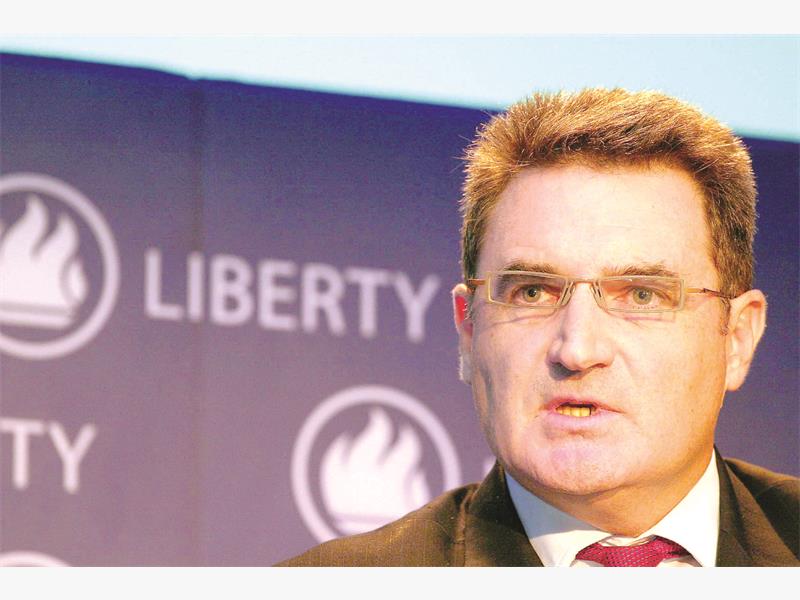 Four months in and Old Mutual Plc CEO, Bruce Hemphill looks set to make his mark on the financial services giant that was founded in South Africa some 170 years ago. Following a Sky News report that Old Mutual will on Friday announce a £9 billion (R195.8 billion) division of its global business into four separate companies, analysts are divided over whether break-up plans are indeed imminent.

“A new CEO always looks at the business with fresh perspective, it is part of his brief to conduct a strategic review,” commented Adrian Cloete, portfolio manager at PSG Wealth.

When Hemphill was appointed in November 2015, Old Mutual announced a strategic review of its operations. “We can confirm that all options for the strategic review are being considered but no decision has yet been made,” the group said in a statement on Monday.

The statement was made in response to speculation that Old Mutual will divide its global operations into an emerging markets business; a UK-focused wealth unit; a New York-listed asset management business; and Nedbank, its South Africa-based banking subsidiary.

“A new CEO wants to make an impact and from that point of view I do expect Bruce to make an impact,” added Jan Meintjies, portfolio manager at Denker Capital, who said Hemphill has a track record in dealmaking.

Jes Staley, Barclays Plc’s newly appointed CEO, has made similarly sweeping changes to the bank’s strategy, announcing last week that it will sell down its 62.3% stake in Barclays Africa over the next two to three years and focus on developed markets.

A Johannesburg-based analyst, however, said he did not expect a restructure to take place before the group’s UK wealth business had “cleaner earnings”, pointing to systems migration and other central costs related to building the unit.

“I do think we are going to end up with a different Old Mutual but I don’t think it’s going to be in the next year,” the analyst, who preferred to remain anonymous, said.

Under former CEO, Julian Roberts, Old Mutual invested heavily into its UK wealth business to take advantage of regulatory changes pertaining to financial advice and pension funds. It bought wealth manager Quilter Cheviot in February 2015 for £585 million and beefed up its tied agency force through the acquisition of Intrinsic.

Cloete believes that Old Mutual would want to retain a large stake in its UK wealth business. “It’s a new generation business with no legacy that is perfectly positioned in the new environment, with modern products and platforms,” he noted.

“I think this is nothing more than recognising where the easier pickings are. Their base market remains here [in South Africa]. They [Old Mutual] are dominant here and not anywhere else,” countered David Shapiro, deputy chairman at Sasfin Securities.

Global growth prospects are not supporting the business either, Shapiro added, as running a business in London grows more expensive off the back of a weak rand.

Getting rid of its London head office would no doubt offer some cost savings for the group, Meintjies agreed.

“Given it is listed in London, Old Mutual is a little bit schizophrenic, with significant interests in emerging market and developed market assets,” he commented.

This is problematic for investors with specific mandates to invest either in one market or the other, Meintjies explained, suggesting that a split between the two could be helpful from a focused investment point of view.

Hemphill – who was CEO of rival insurer Liberty from 2006 to 2014 – is credited for transforming the Standard Bank-owned insurance company and growing bancassurance between the two companies in sub-Saharan Africa.

His appointment to Old Mutual, which broke a series of high-profile internal appointments, seemed to suggest that Old Mutual wanted to maximise synergies with its banking subsidiary, Nedbank, particularly on bancassurance and product distribution in Africa.

“In Bruce we found a candidate who has the unique combination of insurance, banking, asset management and wealth management; experience in the key regions of South Africa and rest of Africa; and a track record of growing a successful bancassurance partnership in South Africa and sub-Saharan Africa. The unique combination led us to select him over internal candidates,” Old Mutual spokesperson William Baldwin-Charles told Moneyweb at the time of his appointment.

One of Old Mutual’s primary stated intentions is to build a “financial services champion” in Africa. The Financial Times called Hemphill’s appointment “the clearest sign yet that the future of the FTSE 100 insurer lies in the continent”.

“The share price [movement] indicates that some market participants expect some unlocking of value in the near term. Old Mutual is trading at a discount to the sum of its parts and I think one of Bruce Hemphill’s jobs is to unlock that discount,” Cloete said.