“Otherwise competition may be too tough. Come in now and invest in Zimbabwe.” 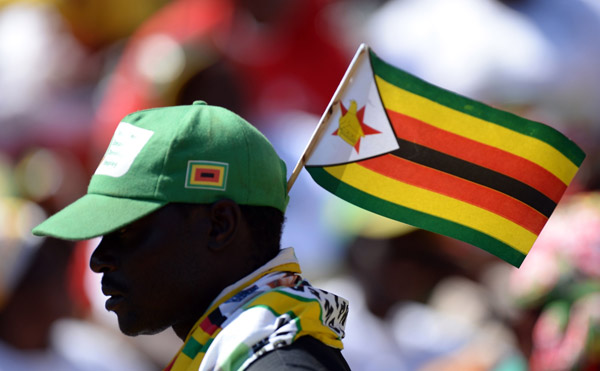 Zimbabwe was a sleeping economic giant that required revival by Zimbabweans and other Southern African nations, an envoy has said.

The outgoing Ambassador of South Africa to Zimbabwe, Vusi Mavimbela, said this on Tuesday night during a briefing session of South African businesspeople who are in Zimbabwe as part of the Investment and Trade Initiative (ITI) organised by the South Africa’s Department of Trade and Industry (DTI).

The theme of the mission was “Strengthening Business Linkages Between South Africa and Zimbabwe”.

Mavimbela urged businesspeople from South Africa to take advantage of the conducive environment created by the signing of the agreements and to engage their Zimbabwean counterparts about business opportunities they could explore together.

“It is people like you that are going to contribute in building Zimbabwe by assisting its people build the economy. We all understand the strategic advantage of a successful Zimbabwean economy.

“We need to engage each other thoroughly and exchange ideas on areas of mutual interest and benefit, including trade and investment,” advised Mavimbela.

Mavimbela said it was encouraging that international investors and observers were strategically taking a long-term view of Zimbabwe, adding
that there was consensus among them that there was a huge potential in Zimbabwe.

“People who have realised the huge potential that Zimbabwe possesses have deemed it strategic to come into the country now and have a presence,
instead of standing on the sidelines and waiting for things to improve.”

He said this was the best approach that businesspeople needed to adopt to ensure they were already in Zimbabwe when things improved.

“Otherwise competition may be too tough. Come in now and invest in Zimbabwe,” urged Mavimbela.