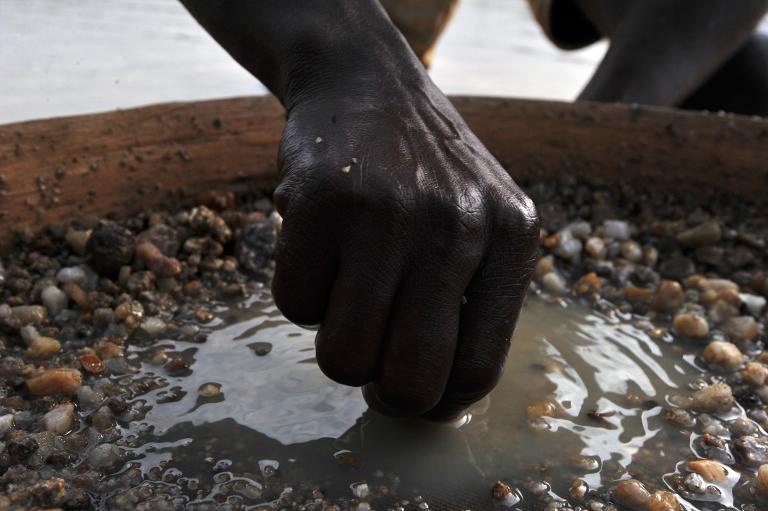 Rockwell Diamonds aims to capitalise on improvements in the diamond market as it delivers on its new strategic objectives.

Following a year of restructuring, the TSX- and JSE-listed miner’s loss for the year-ended February 29, doubled to C$27.7 million from C$14.5 million in 2015. This, on the back of a 34% decline in revenue from rough diamond sales to C$37.7 million and a 13% decrease in revenue from beneficiation to C$9.6 million.

“Looking at the year and the quarter, we recorded a significant improvement at a trading level. Our average cash operating cost continued to trend down by 18% to US$9.1 per m³ and improved carat recoveries over Q3 with better prices, coupled with the benefit of a weaker rand, resulted in a reduction in operating losses in the quarter,” said CEO James Campbell. The company’s gross loss before amortisation and depreciation narrowed to C$236 000 in the fourth quarter compared with a loss C$5.1 million in the previous quarter.

Rockwell’s net cash and cash equivalents decreased by 331% from C$600 000 in 2015. It said working capital was negatively impacted by the closure of Niewejaarskraal, reducing the economics of Saxendrift and the underperformance of the Remhoogte-Holsloot project. “A more favourable debt repayment mechanism negotiated for the RHC acquisition will improve our liquidity and allow us to invest in exploration and development projects in the months ahead,” Campbell said. Rockwell also paid C$6.1 million in long-term debt during the 2016 financial year.

The company’s short term priorities include the construction and commissioning of a processing plant at Wouterspan and the ramping up of production at Remhoogte-Holsloot, as it pursues a monthly strategic processing target of 500 000m³ of gravel. “Although we have not yet been able to achieve our strategic goal to process 500 000m³ of gravel per month from our Middle Orange River operations, we expect to be back at 350000m³  per month before the end of fiscal 2017,” said Campbell. It will also work to improve efficiencies and realise further cost savings from the restructuring carried out during the 2016 financial year.

According to Rockwell, midstream restructuring and supply constraints suggest the diamond market is beginning to show signs of recovery. It said smaller rough diamond supply and price reductions by the likes of DeBeers and Alrosa returned sightholders to profitability for the “first time in a very long time” and saw conditions in the rough diamond market improve.

“Factories that had reduced production by up to 50% during 2015 have recommenced manufacturing and this has created healthy demand for rough. Prices of diamonds under 10cts increased a few percentage points during January and February 2016 due to pipeline restocking,” Rockwell said in a statement. While it expects to capitalise on improvements in the rough diamond market, it remains cautious as to the extent of improvements. “There is concern that this restocking might compound the existing oversupply of polished diamonds, which may place pressure on rough prices during the second half of 2016,” the company said.