Peters accused of ulterior motive for suspending Prasa board

Court to rule after presiding over major mudslinging.

The High Court in Pretoria is expected to rule this week whether transport minister Dipuo Peters acted lawfully in suspending the former Passenger Rail Agency of South Africa (Prasa) board on March 8.

If an application by the former board under the leadership of its chairman Dr Popo Molefe succeeds, it would be reinstated and would proceed with civil and criminal litigation involving billions of rand and implicating highly-connected people, according to court papers. The interim board chaired by former Sanral CEO Nazir Ali that Peters has since appointed would then also be removed.

The parties did not hold back during the hearing on Friday and engaged in serious mudslinging.

The leadership battles come against a backdrop of declining service to millions of customers, many whom have no alternative transport and have to rely on a service that was described by counsel for the minister as unreliable.

According to documents before the court, Prasa achieved only 21% of its performance targets in the fourth quarter of 2015/16.

Molefe in an affidavit and through his counsel accused Peters of having an ulterior motive for removing the board. He said the decision was irrational and was in fact aimed at protecting former acting Group CEO of Prasa Collins Letsoalo while also being a bid to stop the board’s efforts to stop corruption in Prasa and bring the guilty parties to book.

These actions are at a critical stage, he said. In an affidavit dated March 11 he said his board was set to give crucial and complex instructions to its legal teams in the next ten days. These instructions relate to an application to bring the Hawks before court for its delaying tactics in criminal investigations into corruption that is estimated at between R13 billion and R24 billion, as well as two civil matters aimed at setting aside unlawful contracts to the value of R7 billion. The civil cases are to be heard by the High Court in May and June.

Molefe said the board wrote to the Hawks around the end of January to put them on terms for their failure to proceed with the criminal investigations.

Molefe told Moneyweb outside court that a representative of the Hawks called him over the weekend a few days before the board was removed. He said the Hawks would respond to his letter on the Monday (6 March). The letter would contain an acknowledgement that the board supplied the unit with volumes of information and forensic capacity. The representative said the Hawks had two prosecutors ready and appointed someone to package the charges.

The letter never arrived and on March 8 Peters dissolved the board.

He told Moneyweb that he is convinced the actions are coordinated.

In a letter before court from Molefe to Peters dated 24 August 2016, he stated that Prasa appointed suppliers of critical components for its rolling stock without expertise or experience of the manufacturing and assembly of train sets. Equally companies without the necessary capacity or expertise were appointed to do the maintenance of the infrastructure.

Even at that stage Peters was trying to shutdown the extensive investigation done by Werksmans Attorneys into wrongdoing at Prasa. This investigation will form the civil and criminal cases.

Molefe through his counsel said Peters acted procedurally unfairly. She asked the board to explain themselves regarding the firing of Letsoalo who allegedly increased his own salary by more than 350% and the public spat around it, but never warned that she is considering dissolving the board.

He said she acted irrationally since she supported the recall of Letsoalo, but apparently acted against the board for the very same action. She further failed to apply her mind to the position of every individual board member and even sent removal notices to two former members who have not served on the board for some time.

Peters through her counsel said Prasa was deteriorating under the board’s watch with no clear indication that a turnaround was imminent. She said during its tenure there were no proper financial controls or project management, oversight and revenue collections kept on deteriorating. There was poor planning, poor deployment of resources and passenger numbers dropped dramatically.

She asked the board earlier to explain itself and accused them of owing Prasa money for earlier irregular expenditure. Molefe himself still owes Prasa R300 000, she said.

Molefe told Moneyweb outside court that the alleged debt stems from payments made to board members that was classified as irregular expenditure by the Auditor General because Peters failed to sign the policy underpinning it. He said even though he was entitled to the payments made to him, he has paid it back in full for the time being.

Peters said even the portfolio committee supported the decision to dissolve the board unanimously. The DA changed its position later.

Against this background one cannot view the failure to give the board an opportunity to defend itself against a pending decision to dissolve it in isolation, the minister argued. The removal is therefore “substantially rational”.

The board indicated that it is prepared to continue working with the minister if it is reinstated, but according to Peters the relationship has irrevocably broken down.

Even if reinstated, the majority of the board members’ terms of office expire within three and a half months. 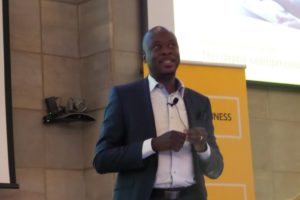 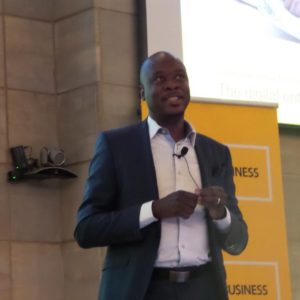