Who the ratings agencies are, how they work and what their ratings mean. There are three rating agencies:

Standard and Poor’s (S&P): it is the only agency that differentiates its rating: Moody’s: Only gives one rating for both foreign and local debt: 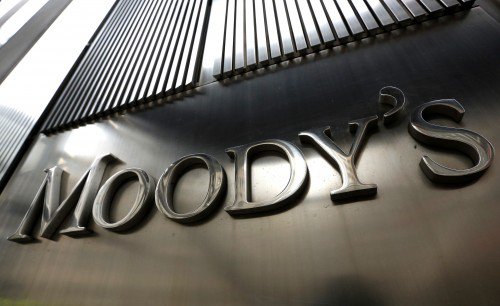 Fitch: Only gives one rating for both foreign and local debt: 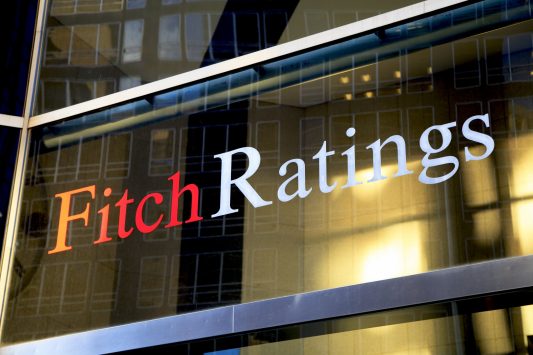 As things stand now, only foreign (non-rand) bonds are junk. There are some bonds funds that are currently forced sellers of non-rand debt, but this is not material. No real selling pressure yet.

The (possible) downgrade to ‘full junk’ status is not imminent. Timing is difficult to estimate (as they can announce at any time as we have found out!) but most likely not before October/November.

Foreigners own +/- R700 billion of our local rand debt. While no definitive number exists, about 20% thereof is sensitive to junk status, including foreign and local. Therefore there may be around R140 billion for forced sales in ‘full’ junk status for local debt.

The really big bond fund, the Citi World Global Bond Index (WGBI) for local rand debt only, needs S&P and Moody’s to be junk status before forced selling really starts. The WGBI is a $500 billion fund and South Africa is +/-0.42% in the index.

A ‘full’ junk status will result in SA being dropped from the index. This will result in forced sales of R296 billion [worth of] local bonds if all investors who invest in, or track this fund… are forced to sell by their mandate. There will also be investors who may want to buy SA bonds when the forced sellers are selling (because irrespective of the junk status, there are always buyers at the right price/yield).

Therefore, I am inclined to think that a number around R100 billion is a more realistic ‘forced sale’ number of all types of bonds.

Remember, all numbers are estimates; you will only really know when it happens.

What the ratings agencies had to say

Heightened political and institutional uncertainties (because of the changes in executive leadership) will likely delay fiscal (government) and structural reform.

The growing likelihood of even further extraordinary government support to SOEs (especially Eskom, Sanral and SAA) is also a threat.

Decision to initiate a review for downgrade was prompted by the abrupt cabinet reshuffle raising immediate questions around:

During the one- to three-month review, Moody’s will focus specifically on:

The downgrade reflects Fitch’s view that recent political events, including a major cabinet reshuffle, will weaken standards of governance and public finances.

In Fitch’s view, the cabinet reshuffle is likely to result in a change in the direction of economic policy.

The reshuffle is likely to undermine, if not reverse, progress in SOE governance, raising the risk that SOE debt could migrate onto the government’s balance sheet.

Differences over the country’s expensive nuclear programme preceded the dismissal of a previous finance minister and in Fitch’s view, may have also contributed to the decision for the recent reshuffle.

Fitch believes that following the government reshuffle, fiscal consolidation will be less of a priority given the president’s focus on “radical socio-economic transformation”.

The tensions within the ANC means that political energy will be absorbed by efforts to maintain party unity and fend off leadership challenges and to placate rising social pressures for addressing inequality, poverty and weak public service delivery.

Political uncertainty was already an important factor behind weak growth last year, as in Fitch’s assessment it has affected the willingness of companies to invest. The agency believes that the cabinet reshuffle will further undermine the investment climate. Fitch forecasts GDP growth of 1.2% in 2017 and 2.1% in 2018, but the reshuffle has raised downside risks.

What does it mean?

The reasons given by the agencies for the downgrade are quite clear. It is possible that a downgrade may have occurred without the reshuffle, but even if this was the case, taking the most favourable view possible, the reshuffle brought the downgrades forward significantly.

A junk status is not automatically a death sentence. If adequate steps are taken, investors will quickly forget about junk status and life will carry on. If this happens, actual upgrades will take time to happen, but the market will ignore this.

Plenty of countries have survived junk status. A very powerful argument can be made that junk status was actually a blessing for many of these countries, because it forced change. Junk status can, however, be a death sentence if no action is taken.

Remember, the danger is not the junk rating given by the agencies. Rather, it is the set of circumstances that resulted in the junk status that are the danger. The agencies simply report on and quantify the problems. The rating status itself does not cause the problems. There have been plenty discussions that a junk status causes a recession. This is largely incorrect. In most circumstances the reason for a junk status was that (for whatever reason: internal or external) an economy was already heading for a recession (with all the negative implications for bonds implicit in this) and the agencies (because of this recession) downgraded to junk. They simply gave their view of the set of (negative) circumstances that were already in place and evolving.

Unfortunately for us, the reshuffle itself was clearly given by the rating agencies as the reason. We were actually growing. Things were getting better. All else being equal (mainly no collapse in commodity prices) the danger of junk status was most likely behind us up until two weeks ago.