Questions surface about whether the company disclosed the R1.8 billion repurchase. 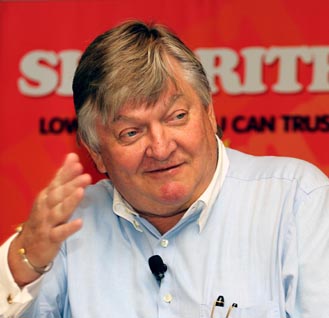 After Shoprite’s announcement that it was forced to repurchase R1.8 billion-worth of shares from its former CEO Whitey Basson, the attention has now shifted to whether the retail behemoth informed shareholders about this startling move.

The repurchase of Basson’s 8.6 million shares has taken shareholders by surprise, given the unexpected liability that it would add to Shoprite’s balance sheet.

The share repurchase doesn’t represent his entire shareholding of 1.59% or 9.1 million shares, according to the latest annual report.

Last week, Shoprite told shareholders that it is obligated to repurchase shares in terms of a 2003 agreement with Basson while he was still in the employ of the company.

This agreement forces Shoprite to repurchase shares at a price on the date Basson exercised his put option. He exercised his option on May 2 when Shoprite hit an all-time high over the past five years of R211/share.

Moneyweb spoke to shareholders who couldn’t locate the specific disclosure or determine its origin. In other words, they hadn’t heard of it.

In theory, such an agreement would be disclosed in one of Shoprite’s annual reports after 2003.  However, shareholders have been unable to find it under the remuneration disclosures, financial obligations and payables sections of the annual reports or separately published remuneration reports.

Shoprite didn’t respond to Moneyweb’s question about whether it disclosed the put option agreement to shareholders.

Shareholder activist Theo Botha said Shoprite’s chairman of the audit committee would have a duty to disclose the put option as the liability to Shoprite has been growing over the last 14 years.  “At the end of the day, it’s about transparency and shareholders have a right to know,” said Botha.

Shareholders will vote on the share repurchase – requiring approximately 75% approval for it to pass muster. Analysts expect Shoprite chairman Christo Wiese, who owns 15.93% in Shoprite, to vote in favour of the hefty put option, but it might be rejected by the Government Employees Pension Fund, which holds 11.05%.

In terms of JSE rules, Shoprite has to obtain a fairness opinion on the share repurchase as it’s with a related party (Basson, in this case) and at a price which is at a premium to the weighted average traded price over the 30 business days prior to the date when Basson exercised his option.

Shoprite, via a Sens announcement, said the repurchase price represented a 5.3% premium.

Jean Pierre Verster, portfolio manager at Fair Tree Capital, said it was strange for a company to effectively give a put option to an executive for their shares as companies usually call directors to buy shares. “What this creates is a misalignment of interests for the executives because it would be in the executive’s interests to exercise the put option when the price is as high as possible. While for the company, it would want to buy back shares when the share price is low,” he said.

He added that company executives have a fiduciary duty to act in the interest of the company.

When Shoprite concluded the put option agreement with Basson in 2003, its share price was below R10 and had risen beyond R200 when he exercised his option. 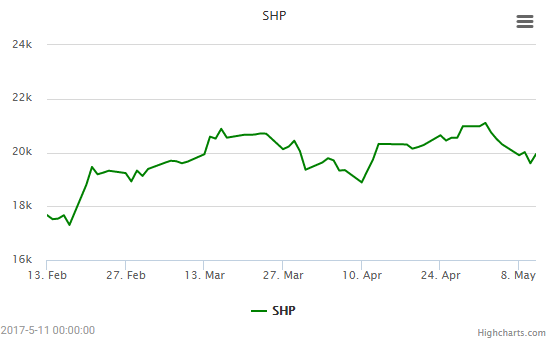 “Maybe Shoprite didn’t completely recognise the size of the liability when the agreement was entered into. They probably didn’t think that the share price might be this much higher when the put option was exercised,” said Verster.

Just One Lap founder and Shoprite shareholder Simon Brown said although Basson’s move was surprising, the company can afford the R1.8 billion price tag. “This is a company that is probably going to achieve R150 billion in revenue this year. They can afford it.”

Brown added: “The put option policy is poorly structured. Letting a director put shares to you whenever, leaves you with an unquantifiable liability, which should be on the balance sheet.”