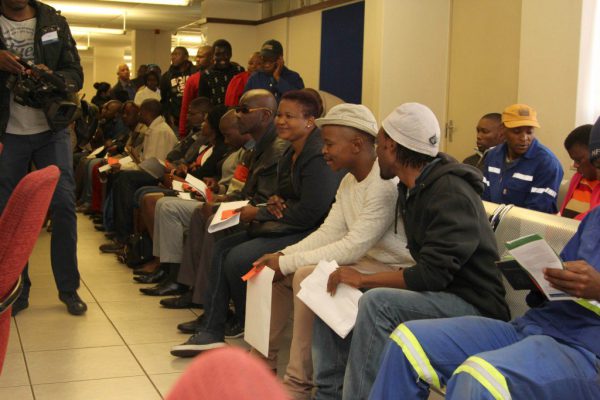 But there are concerns that this may not be sustainable.

Against this background, additional enforcement measures introduced at Sars, including the new biometric verification process, penalty surprises and a substantial change in requirements for tax clearance approval, have raised questions about whether it is tightening the screws to meet targets.

Patricia Williams, partner at Bowmans, says in the current economic environment, one would anticipate that Sars would introduce additional measures.

Sars can be expected to review the larger value items identified most commonly in audits and the outcome of litigation in its favour, and to expand the application to all potentially affected taxpayers, she says.

“It is also reasonable to assume that Sars would consider withdrawing (or updating) industry and other rulings, where these date back more than three years, so that any tax ‘concessions’ are reasonable within a current context.”

In practice, taxpayers have also started seeing more aggressive enforcement measures, including delays in refunds, the imposition of heavy understatement penalties (without Sars having proven the facts upon which it has reached a conclusion), rejection of objections or appeals for being out of time, rigid enforcement of the “pay now, argue later” rule and Sars failing to pay the interest it owes, Williams says.

In some instances “prescription” is also disregarded, she adds.

“Sars generally has three years for income tax and five years for VAT and other self-assessed taxes in which to issue additional assessments, and Sars would normally have to demonstrate behaviour such as fraud, misrepresentation or non-disclosure, in order to assess after this period.”

“We have been seeing Sars disregarding prescription, and issuing assessments dating back many years. In a few instances, Sars has even sought to go back past the record retention period, asking taxpayers for records in situations where the taxpayer has lawfully not retained records, and then estimating tax liabilities for these older periods.

“This reflects a ‘guilty until proven innocent’ approach and makes a mockery of the tax provisions that state that taxpayers generally only need to retain records for five years from the date of submission of the relevant tax return.”

Until government can take control of the massive and widespread fruitless and wasteful expenditure, including fraudulent payments, it can be anticipated that taxpayers will continue to be squeezed in an administratively unjust manner, she says.

Williams says in principle biometric verification is an appropriate security process to minimise fraud, however in the context of widespread delayed tax refunds it is easy to speculate that the potential to further delay refunds featured as a reason for current implementation of this new process.

As a general rule, it appears that Sars is using the penalty system as an extra source of revenue, without properly applying its mind to the detailed legal requirements. The new penalty system has been effective for almost five years, and there are still no properly detailed guides on the application of penalties, she adds.

With regards to tax clearance approval, Williams says increased scrutiny does give Sars an ‘extra opportunity’ to check the accuracy of past tax filings.

“It is fair and reasonable for Sars to be particularly interested in taxpayers with significant surplus funds, whose tax return submissions did not include statements of assets and liabilities in the past. However, one must also bear in mind the requirement of fair administrative action.”

She says while it appears fair and reasonable at face value for Sars to perform some form of audit process, this should not unduly delay the application for remittance of funds. Delays could result in taxpayers suffering material prejudice, for example as a result of exchange rate fluctuations.

Sandile Memela, spokesperson for Sars, says its mandate is to collect revenue. Sars does this through increased tax compliance to secure what is due to the fiscus and encourages tax compliance through education, service and enforcement.

Memela says some of the risk areas Sars has identified include low compliance by high-net-worth individuals and VAT refund fraud, whereby businesses over-claim inputs and expenses and under-declare or fail to declare outputs and income to protect profits.

“Individual taxpayers can also expect closer scrutiny of declarations and outstanding returns. Tighter controls are in place with regards to supporting documentation to substantiate claims and expenses.”

Sars has also tightened it’s risk rules in the assessment of tax returns to increase detection of non-compliance, he adds.

The biometric verification system is an additional security measure to combat identify theft by authenticating the identity of taxpayers when making changes to their personal details, Memela says.

He says the only intention of imposing administrative penalties is to encourage compliance.

“Tax clearance approval for foreign investment applications is a process of testing compliance and preventing tax leakage. It assists in assessing and reducing the risk of having compliance certificates issued to taxpayers who might not be fully compliant, and thus having funds leave our shores without the necessary taxes being accounted for.”