The retailer has come under fire for offering customers a store account to buy groceries and other goods on credit. 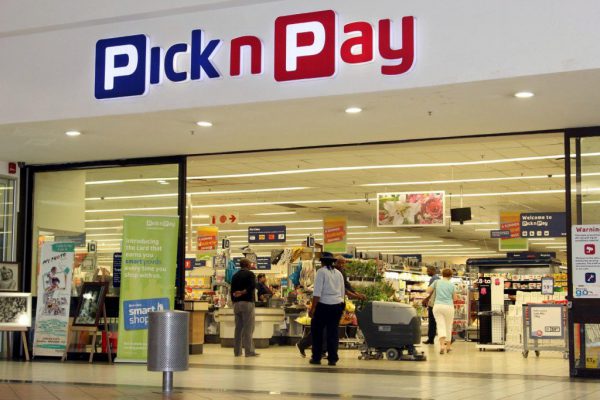 “I have no moral upside in getting people into debt. When people suggest that this is our motivation, I find it slightly offensive.”

Pick n Pay’s CEO Richard Brasher is astonished by the outrage over the retail group’s decision to allow qualifying customers the option to purchase groceries on credit. “We have no intention of encouraging people to buy their goods on credit if they cannot afford it,” said Brasher, the former CEO of UK retail giant Tesco who was recruited in 2012 to turn Pick n Pay’s fortunes around.

But Brasher’s defense of the retail group’s new store account is not flying with debt counsellors and specialists.

The timing of Pick n Pay’s credit offering has come under fire as consumers are already saddled with a heap of debt. If consumers purchase food on credit, then it means that they are in financial strife and should not qualify for more credit, market watchers have argued.

Pick n Pay is pulling out all the stops to attract credit customers; offering interest-free credit if they settle their account in full within 55 days and a monthly store account fee of R10. There are no hidden fees (administration or joining) charged. The store account is accessed through Pick n Pay’s Smart Shopper loyalty programme, which has over seven million active users.

Brasher said the retailer’s credit terms are more affordable than other offerings in the market. “I want to encourage our shoppers to take up 55 days’ worth of credit and pay it back. We do believe that we can give customers access to a little bit of floating money during the course of the months when times are tough,” he said on Tuesday after the company’s interim results.

“We think it [store account] will be a good thing and sadly it was a bit misreported and people didn’t believe our intentions.”

Pick n Pay is targeting middle-income consumers, who may not have a credit card but a debit card. They probably spend R800 to R1 000 per month on groceries and 50% of their goods are already bought by some form credit, whether it’s formal or informal, said Brasher.

The retailer will not earn income from the interest charged to consumers and there’s no profit-sharing arrangement with its partner RCS, a credit provider. RCS will be vetting the creditworthiness of shoppers, granting credit facilities and impose interest fees on consumers defaulting on credit obligations.

“Let’s be honest, of all the companies in the country, customers would probably believe that we are doing this for all the right reasons rather than the desperate rush for a little trade,” he said.

Pick n Pay is in the middle of a turnaround strategy that plans to return the retailer to its former glory after years of neglecting investments in stores and losing market share to high-flying Shoprite and Woolworths (which also offers credit facilities).

In what is a challenge to the high cost of bank charges in SA, the retailer has also launched a money transfer product in partnership with TymeDigital, which was recently awarded a full banking licence. It has 200 000 customers using this product at its Pick n Pay and Boxer stores.

Gareth Ackerman, Pick n Pay’s chairman, said the interchange fee charged by the banks when its customers use their credit and debit cards to purchase groceries remained at “unjustifiably” high levels. The retailer pays the customer’s bank for their every transaction. “Despite an undertaking by the banks to revisit these charges, they remain excessive at 1.48% for credit card transactions and 0.44% for debit cards,” he said at the company’s results presentation.

Ackerman said bank charges in SA were in some cases more than double that of the European benchmarks. “Retailers should not have to pay for bank’s credit risks, bad debt, and other costs.”