Let’s be frank about retirement

There is a crisis. 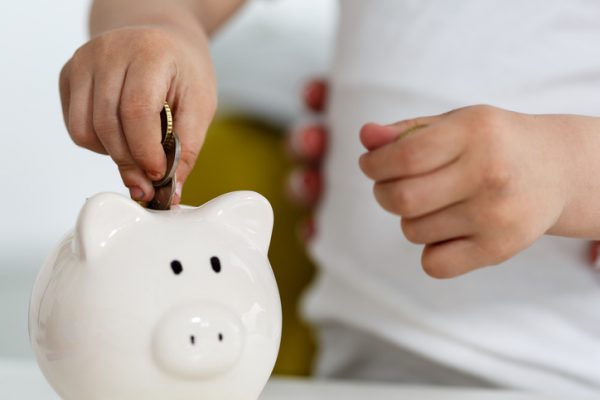 With only a small percentage of South Africans in a position to maintain their standard of living in retirement and roughly 90% of pensioners choosing a living annuity, one should probably expect that well-intended warnings about greater longevity, unsustainable drawdown rates in these vehicles and lower expected returns would be met with criticism.

It is an emotional debate, complicated by noisy data, conflicts of interests and an asymmetry of information between retail consumers and those participating in the financial services supply chain. It seems that in some circles, there isn’t even agreement that many South Africans do risk running out of money in retirement.

At a workshop on living annuities hosted by the South African Independent Financial Advisors Association (SAIFAA), its CEO and founder, Derek Smorenberg, said when he originally started using the word ‘crisis’ in this context, he got a lot of pushback.

So let’s be frank…

1. No savings product can rectify a lifetime of poor choices

In an environment where the majority of South Africans cash out their retirement benefits when changing jobs, fees generally remain high and the majority of funds underperform, the stark reality is that the bulk of people don’t have adequate savings to sustain them in retirement.

Armed with only a small savings pot at the point of retirement, pensioners often choose a living annuity because it allows them a higher initial income and because they can leave the remaining money to beneficiaries at death. Living annuities offer greater flexibility (investors can draw between 2.5% and 17.5% of their capital per annum), but the pensioner carries the longevity as well as the investment risk. With guaranteed annuities, the insurer guarantees an income for life, but the initial income level is dependent on the lump sum available and current rates.

But no product or vehicle, no matter how good, would be able to remedy two or three decades of bad savings behaviour. As you get older it becomes increasingly difficult to make up for lost time. Faced with limited funds, the tradeoffs are difficult.

2. Living annuities are great, but they are not for everyone

A retirement educator previously argued that if someone could get a decent income from a 4% annual drawdown rate, they could afford a living annuity, but if they couldn’t, they were probably overspending. Another commentator said that in addition to the 4% ‘safe max rule’, investors should not be allowed to withdraw more than the actual return of the portfolio before the age of 68.

That doesn’t mean there is an inherent design shortcoming with the vehicle, but are living annuities appropriate products for 90% of retirees? No.

Unfortunately, the vested interests in the supply chain are significant. To name just one, there could be a relatively substantial benefit for advisors in recommending a living annuity due to ongoing fees, even if it may not be in the client’s best interest.

Within the context of living annuities, Investec’s Marc Lindley, told advisors attending the workshop that someone would generally be set for a relatively comfortable retirement if they could meet their monthly expenses by drawing 5% or less of their capital at retirement.

However, if individuals had to draw 10% or more, they would need to come up with an alternative solution, which would probably involve relying on family or working longer.

“Fortunately changes in pension fund legislation now actually allow people to do that without having to convert the savings they have got into an annuity.”

For people who needed to draw between 5% and 10%, a living annuity might be a suitable product (depending on personal circumstances and where they fell within the range), but Investec would suggest that these individuals insure at least part of their longevity risk. In these instances, hybrid solutions could play a role, he argued.

3. What worked in the past may not work in future

Due to advances in medical technology and healthier lifestyles people are living longer, putting retirement savings under pressure.

Data from Statistics South Africa show that there were 593 000 South Africans older than 75 in 2002 (1.3% of the population). By 2016, this age group grew to 923 000 individuals (1.7%). Women, who live longer than men on average and who generally marry older men, are particularly vulnerable of running out of money in retirement.

According to specialist retirement income company Just, the proportion of males and females who can expect to survive into their 90s and beyond is as follows:

At the same time, investment returns are expected to be lower going forward.

An analysis of long-term returns in the South African equity and bond markets given various valuation levels highlights how significant the impact could be.

Bernard van Wyk, head of securities consulting at Analytics Consulting, said a rough estimate of expected returns suggest that average general equity fund returns over the next decade (after fees) could be comparable to the net returns experienced by low and medium equity funds over the past 17 years.

For the best part of the past two decades, relatively high fees and drawdown rates were concealed by the returns delivered by the local equity market, but this may not be the case going forward.

Against this background, it would be prudent for retirees who have already invested in living annuities to think carefully about their underlying asset allocation and drawdown strategies.

For those still en route to retirement, it highlights the importance of appropriate savings choices, staying invested and choosing carefully when they do reach retirement.

Everyone’s retirement situation is different and one needs to take that into account.

Having said that, default regulations are now a reality. Trustees are required to offer a simple, efficient and cost-effective default annuity solution and members have to be given access to retirement benefits counselling to assist them in understanding the annuity strategy. Against this background, it would be interesting to see how this impacts member choice (and outcomes) going forward.