The company has already closed two stores, including one of the biggest, in Midrand. 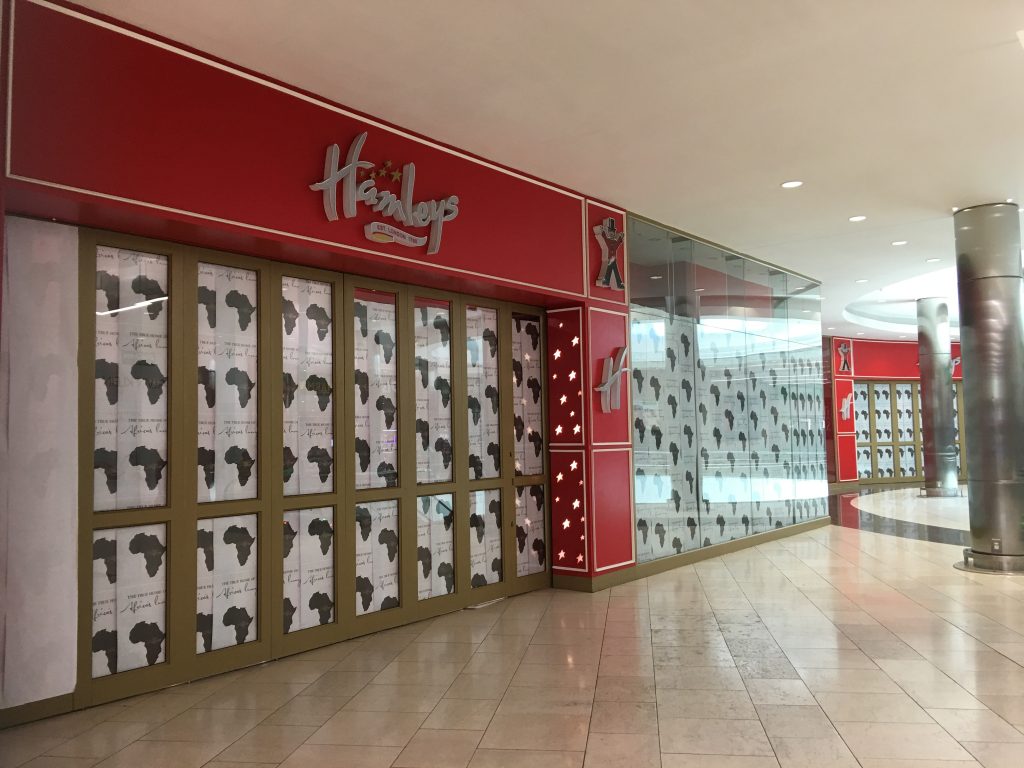 World-famous toy retailer Hamleys’ South African franchise operator Ensolor is in financial trouble and has been put into business rescue, Moneyweb can reveal.

Several retail property industry sources have indicated to Moneyweb that the company’s financial difficulties are linked to fraud.

Cape Town-based Ensolor’s financial woes have already resulted in the closure of one of its biggest Hamleys stores, located at JSE-listed real estate investment trust (Reit) Attacq’s Mall of Africa shopping centre in Waterfall City, Midrand. Another smaller store at Nelson Mandela Square in Sandton has also closed up shop.

More store closures could be on the cards, resulting in a further blow for some of South Africa’s larger shopping centres, already under strain from weak economic conditions, as well as Edcon’s downsizing and possible closure.

“The function of the business rescue practitioner is to implement measures to try to save the business and pay creditors,” he said, adding that this process was already under way.

“Currently, the creditors are in a process with the business rescue practitioners, where we are resolving claims and following the business rescue steps. The shops are operating and are currently trading as usual, except the Nelson Mandela Square shop (which the company was going to close anyway) and the Mall of Africa shop, where we have agreed with the landlord to vacate and make way for another tenant.”

Asked if further Hamleys stores could close and how much debt the franchise was in, he said: “It is uncertain which stores could or may close, and the business rescue plan will make proposals in this regard, once it is completed … This [debt] is a matter for the creditors concerned, and any possible investor. We are requiring non-disclosure covenants before making sensitive disclosures. Suffice to say, we are working to save the business and the jobs of several hundred employees.”

Questioned on the likelihood for the business rescue process to succeed, Steyn said: “We hope that it is very likely and we are working hard to achieve a positive result. We are fortunate to have the co-operation and support of many stakeholders, including staff, management and creditors.”

Steyn added: “Fortunately, it [Hamleys] is a great brand, and it continues to trade, and is well stocked. Hopefully this will be the key to a successful turnaround and will bring an end to the business rescue, in due course, on acceptable terms to the stakeholders.”

Moneyweb understands that negotiations are under way with potential suitors to save the business. However, Steyn would not comment on this or on alleged fraud at Ensolor.

Hamleys opened in SA amid much hype in 2015 as the trend of international retail brands coming into the country peaked. Following the closure of its stores at Mall of Africa and Nelson Mandela Square, it now has eight stores in major SA shopping centres. Most are located in Gauteng, with one store at the V&A Waterfront in Cape Town and another at Gateway Umhlanga in Durban. Six Hamleys stores in Gauteng – as well as one each in Cape Town and Umhlanga –are still operating. Picture: Moneyweb

The woes of Hamleys in SA come as its operations in the UK are also under financial pressure. According to UK media reports in October last year, the group posted a £9.2 million (R170 million) loss for the year to December 31, 2017. The chain blamed Brexit as one of the main reasons for the downturn.

Hamleys, the world’s oldest toy store chain, also closed several stores in the UK, where it opened its first store in 1760. The brand is now owned by the Hong Kong-listed C.banner group.

Commenting on the possible impact of Hamleys’ closures in SA, Keillen Ndlovu, head of listed property at Stanlib, said: “It’s another challenge for retail landlords. Some of them had to deal with Stuttafords’ failure and most of them are busy trying to find a solution for Edcon. Now they have to deal with this [Hamleys]. However, the impact is not as big on an overall basis since Hamleys has fewer than 10 stores in the country.”

Responding to Moneyweb’s queries, Attacq’s head of marketing, Minisha Patel, said: “In line with their own internal business rescue processes, Hamleys took the decision to close their doors on Thursday, February 21, 2019.”

She noted: “The store occupies 1,000 square metres, which equates to less than 1% of the total PGLA [primary gross lettable area] of Mall of Africa … Attacq is currently in negotiations with various retailers for the space. We are optimistic that suitable tenants will be secured in the near future.”

Meanwhile, on Edcon reducing the space of its flagship Edgars store to one floor at the mall, Patel said: “We commenced negotiations with the Edcon management team early in 2018 and we firmly believe that the restructure of this space is positive for the mall and our shoppers.” Shrinking presence: Edgars will have a smaller store at Mall of Africa. Picture: Moneyweb

She confirmed that a new Pick n Pay store would be opening in the lower floor space being vacated by Edgars in the third quarter of this year.

Asked about the vacancy rate at Mall of Africa, she said: “As at December 31, 2018, we had six shops vacant at less than 1% vacancy ratio rate. Hamleys vacated this month … More information [on vacancies] will be provided at Attacq’s results presentation next week.” Patel added: “It is important to note that the Mall of Africa’s vacancy rate is lower than the market average. In fact, we are currently in the process of concluding deals with replacement tenants and are confident that the majority of vacancies will be filled within the coming months.”

She said that while the local retail market was experiencing challenges, Mall of Africa’s trading density growth on an annual basis was in excess of 10%.