MTN and Vodacom charge between R150 and R170 for 1GB of data, but in Egypt it costs a mere R16 – a discrepancy slammed by the Competition Commission. 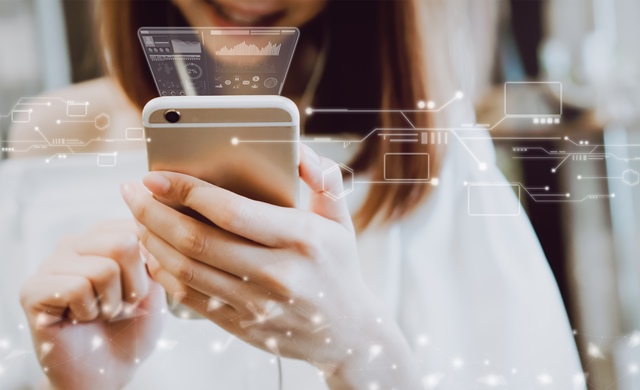 While South Africans pay significantly more for data than people on the rest of the continent, the two main network providers, MTN and Vodacom, are also exploiting lower income consumers and being obscure on promotional data specials which leave the poor “inexplicably” paying more per megabyte.

It follows complaints by the public on the high cost of data.

The commission found that although MTN and Vodacom were the larger service providers in South Africa, it disturbed the commission that they charged much cheaper rates in other African countries:

SA data prices, however, performed better on the international benchmark when it came to contract subscribers rather than pre-paid users, but still remained considerably more expensive than the cheapest country, Competition Commissioner Tembinkosi Bonakele said.

But although poorer consumers jumped at the chance of data specials and promotions, the actual pricing was not entirely transparent, resulting in them paying more for a daily special than a monthly data bundle.

“While that may be the case, a 20MB bundle valid for a day is still about 66% more expensive than a one-month 1GB bundle on the Vodacom network. However, the very short validity period also makes that smaller bundle more likely to expire, making the effective rate likely higher still,” Bonakele said. 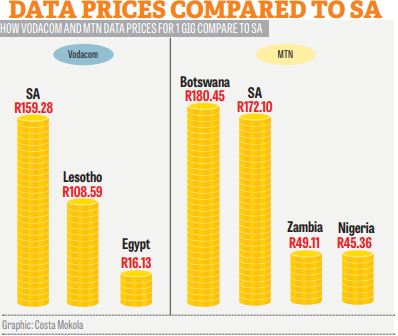 The commission had relied on information from 2017 – and much has changed in the data pricing sector in the past 18 months, MTN spokesperson Jacqui O’Sullivan said in response to the commission’s findings.

“One significant change was MTN’s decision in February to cut its out-of-bundle (OOB) data rate by up to 75% for pre-paid customers. Customers not making use of data bundles are now only paying R0.29 per MB for data and customers who do purchase bundles are now paying just R0.49 per MB for OOB usage,” she said.

Rival Vodacom provided a similar defence, stating it recently reduced its out-of-bundle prices by up to 70% and was complying with Icasa’s end user and subscriber services charter.

“Vodacom will review the provisional report produced … by the Competition Commission following its data services market inquiry,” the company said in a statement.

“Vodacom is fully committed to meeting the commission’s June 14 deadline for submissions and to provide comments on both the findings and the recommendations in the provisional report.”

In their defence, service providers attributed the high pricing to insufficient spectrum, which needs to be compensated for, through increasing the volume of base stations, raising capital and operational costs.

To combat this, the commission’s recommendations for immediate relief on data pricing included reducing tariff levels and providers in need of high demand spectrum to reduce infrastructure costs.

According to TechCentral’s Duncan McLeod, not all the blame can be piled onto the network operators. Government also plays a part in preventing prices from coming down.