However, this is not enough to stop credit rating downgrades linked to debt issues including bailouts for state power utility Eskom, analysts say. 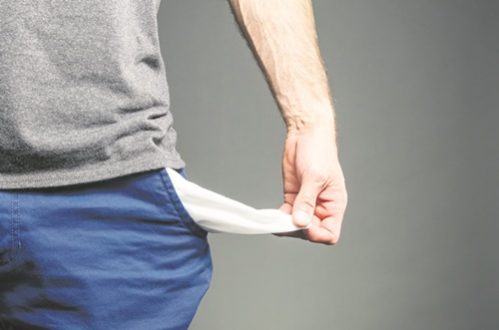 South African gross domestic product grew more than expected in the second quarter thanks to a recovery in mining and manufacturing, official data showed on Tuesday, in a reprieve for President Cyril Ramaphosa as the country looks set to dodge recession this year.

After a downturn in the first half of 2018 when farming plunged, the economy has struggled to regain momentum, posting a shock contraction in the first quarter of this year.

Analysts said while the second-quarter GDP print could see South Africa avoid recession in 2019, it was not enough to stop credit rating downgrades linked to debt issues including bailouts for state power utility Eskom.

“It’s a great relief. A huge positive, but in reality, it won’t do much for the credit rating situation. That’s more about debt,” Wayne McCurrie, portfolio manager at FNB Wealth and Investments told Reuters news agency.

The rand extended gains after the data, firming more than 0.5 percent to a session high of 15.1125.

GDP growth in the three months to June was 3.1 percent, after a revised contraction of 3.1 percent in the first quarter, Statistics South Africa said.

Economists polled by Reuters had predicted an expansion of 2.4 percent for the quarter.

The second-quarter growth was the highest since the fourth quarter of 2017. Year-on-year GDP growth was 0.9 percent compared with zero previously.

“There was a strong rebound in iron prices in the months leading to this quarter … and remembering with mining in the first quarter there were challenges with the electricity supply and those have eased a bit,” said Mike Manamela, chief director for national accounts at the statistics office.

Growth in Africa ‘s most industrialised economy hinges heavily on saving power firm Eskom, which is drowning in debt. At the start of the year, it implemented power outages that triggered a slowdown across most sectors in the first quarter.

Fixing Eskom, which supplies more than 90 percent of the power in South Africa, is one of the biggest challenges Ramaphosa faces.

It is regularly cited by ratings agencies as one of the main threats to South Africa’s investment-grade credit rating status and economic prospects.

Moody’s, the last of the three big international ratings agencies to keep South African debt at investment grade, said in July that the government’s proposal to provide additional financial support to Eskom was “credit negative”.

“We could avoid a recession this year with even zero growth in the next quarter,” said Isaah Mhlanga, chief economist at Alexander Forbes, a financial services company.

“But there’s absolutely no room for Ramaphosa to manoeuvre. The macroeconomic fundamentals are still very weak.”

The International Monetary Fund has warned that South Africa’s public debt, forecast at 55 percent of GDP in February by Treasury but likely to be revised upwards at the October mini-budget, is reaching uncomfortable levels.