'The reality is that the economic impact will be far more than we ever thought or estimated at the moment,' he said. 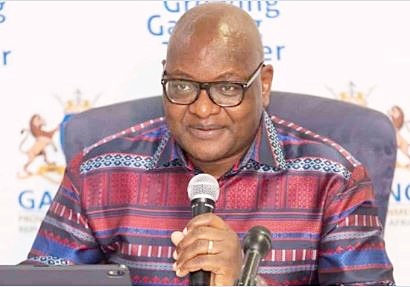 Gauteng Premier David Makhura has told the provincial legislature that the coronavirus has left the province with an “astronomical” challenge on its hands and has acutely exposed urban poverty in the country’s economic hub.

Makhura, speaking during the first virtual session of the Gauteng provincial legislature on Tuesday, said the best-case scenario was that Gauteng would lose around 890,000 jobs, while the worst estimate could result in two million people becoming unemployed.

“The reality is that the economic impact will be far more than we ever thought or estimated at the moment,” he said.

Describing the fallout from the Covid-19 outbreak, the premier said it compared to the great depression economically, which had the potential to destroy livelihoods, economies, investments of businesses, and the pensions of ordinary working people.

“Every scenario says (the effect of) Covid-19 on the economy would be no less than of the scale of the 1929 great depression… I think this is something very, very serious.”

National Treasury has warned that South Africa could shed up to seven million jobs due to the pandemic.

Makhura said this was one of the reasons why a level 4 lockdown would not work in Gauteng for long, as people had been adversely affected by the slowdown of economic activity in the province.

The country has been on level 4 of the lockdown since beginning of the month, after spending most of April and the end of March under a hard lockdown.

President Cyril Ramaphosa implemented the lockdown – which included travel bans, the prohibition of large gatherings and halted the sale of alcohol and tobacco – in a bid to combat the spread of the Covid-19 pandemic, which has infected millions across the globe and killed hundreds of thousands.

Makhura said his government would be meeting with different sectors of the economy and prepare for less stringent measures.

He also said the whole province would move to level 3 at the same time because its metros and districts were interconnected.

“We are preparing for level 3, but in a responsible way, in a cautious way. We insist that we balance the health and economic imperatives.”

On “urban poverty”, the premier said his government had distributed 600,000 food parcels since the lockdown was implemented in March and that, while they had done their best, they would continue trying to assist more people.

“Too many in our province are food insecure,” said Makhura.

He said that if many in Gauteng were to not work for a month, they would easily revert back to the streets, and that some of those who were working were not earning enough to guarantee their own livelihoods.

“We are working on decongesting some settlements, putting in water, but the reality is that the economic impact will be far more than we ever thought or estimated at the moment,” he said, painting a bleak picture of the state of the province.

He said, while there were interventions at a national level, his province would not sit back and wait.

Makhura also announced that the Gauteng government had partnered with some in the private sector to set up a small-to-medium business fund which would mostly focus on township-based and informal sector-based businesses to mitigate the expected severe impact of the Covid-19.