The minister says the ban needed to be weighed against the health-care costs associated with treating smokers — with or without Covid-19. 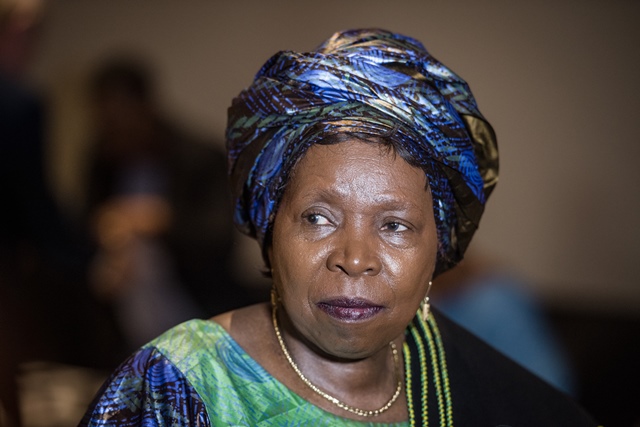 Dlamini-Zuma’s comment comes after the minister was facing the prospect of being pursued for contempt of court for missing the deadline to file by the close of business on Wednesday, according to BusinessLive.

In an affidavit filed after midnight, the minister argued that there was evidence that many smokers had quit as a result of the ban which meant that the government’s decision to impose the ban remained rational.

Although the minister acknowledged that the ban may have resulted in economic loss, she said the ban needed to be weighed against the health-care costs associated with treating smokers — with or without Covid-19.

“It is therefore not the case that the state only incurs costs if tobacco sales are prohibited,” she stated in her affidavit.

Dlamini-Zuma said that she never claimed that the medical research she previously relied on to justify the cigarette ban was “absolutely conclusive”, but she emphasized that “the available evidence does indicate that smokers were at a heightened risk of adverse Covid-19 outcomes”.

“This, I submit, renders a prohibition of the sale of tobacco products a rational and necessary measure to protect the public,” she said.

The minister has also criticised the Free-Trade and Independent Tobacco Association (Fita) for amending its original legal challenge to the Level 4 cigarette ban to also include the ban imposed on tobacco sales under level 3.

She described the matter was “irregular” and amounted to Fita seeking to “review an entirely new decision” without the court having access to the new material that may have informed that decision.

“This causes prejudice to the respondents [President Cyril Ramaphosa and Dlamini-Zuma], as they are required to answer an entirely new review, on a few days’ notice, and without having been given the opportunity to put up the record and reasons for the decision to promulgate regulation 45,” she continued.

Dlamini-Zuma has, however, included much of the evidence she says informed the decision to extend the tobacco ban, when the country went into Level 3 lockdown.

According to the minister, that decision was informed by “additional medical literature” and “additional views were canvassed from the SA medical fraternity”.

She also stressed that South Africa’s Covid-19 epidemic “has not yet peaked”.

“The expectation is that infection numbers will continue to rise in the coming months. The lower lockdown level, therefore, does not indicate a lower strain on the public health-care system.

“Instead, it is likely that there will be a significant increase in demand for ICU [intensive care unit] beds and ventilators over the coming weeks and months,” she added.

Dlamini-Zuma said the World Health Organisation (WHO) confirmed that “smokers were more likely to develop severe disease with Covid-19, compared to non-smokers” after she promulgated the cigarette ban for Level 4.

The minister added that WHO warned that tobacco was “also a major risk factor for non-communicable diseases like cardiovascular disease, cancer, respiratory disease and diabetes, which put people with these conditions at higher risk for developing severe illness when affected by Covid-19”.

She continued to say that WHO also stressed that “there was currently insufficient information to confirm any link between tobacco or nicotine in the prevention of treatment Covid-19”.

Dlamini-Zuma said the cigarette ban has also been supported by “various organisations within the SA medical fraternity” including the National Council Against Smoking, the SA Thoracic Society, the College of Public Health Medicine and the Heart and Stroke Foundation of SA.

That support, contained in several letters, was also expressed after the minister promulgated the regulation extending the tobacco ban under Level 4.

In her response to Fita, the minister also included affidavits from local medical experts, who confirm that “developing research” shows that smoking increases the risk of serious illness and death as a consequence of Covid-19 infection.

In court papers, the minister also listed her reasons for promulgating the regulation imposing the ban during Level 4 of lockdown.

READ NEXT: Court gives govt till Friday 5pm to respond on tobacco.