The spill-over of the liquor ban to the agriculture sector is going to be serious, but the impact is yet to be determined, according to Agri SA executive director, Christo van der Rheede.

This followed a recent call to President Cyril Ramaphosa by the Liquor Traders’ Formation, which involved various role players in the liquor industry, to urgently meet with role players in the alcohol industry to end the Covid-19-related alcohol ban.

In early January, Ramaphosa announced that the ban on the trade of alcohol would be upheld during the extension of Level 3 of the lockdown until 15 February.

Van der Rheede told Farmer’s Weekly that the Office of the Presidency had acknowledged receipt of the request.

Van der Rheede said the industry was in crisis, with wine grapes, for example, not being processed due to a lack of wine storage facilities as a result of carry-over wine stock from last year.

ALSO READ: 18,000 jobs lost in wine industry due to the lockdown, says Vinpro

Producers of other crops used in the production of alcoholic beverages, such as barley, which is used to make beer, have also been affected.

Jose de Kock, a barley farmer from Klipheuwal near Napier in the Western Cape, said his greatest concern was that it was unknown how long the ban would last, with an additional concern being that AbInBev could further reduce their barley mandate for 2021.

De Kock explained that while the rest of the world grew barley mainly for animal feed, from which only the very best was then sourced for malting, South African farmers produced malt-quality barley.

“It is only if the barley that we produce is not malting quality that it goes to the feed market.”

He said farmers could lose between R1,500/t and R2,000/t in income if barley was marketed as feed rather than malting barley. High maize stock levels after last season’s good harvest were also exerting additional price pressure on grain destined for the animal feed market.

Lucky Ntimane, convener of the Liquor Traders’ Formation, said Ramaphosa had been given until 22 January to respond to the call. He added that the alcohol ban was denting the country’s image as an investment destination.

“The withdrawal of R2,5 billion worth of investment into the country by South African Breweries parent company AB InBev, and the announcement by glass manufacturer Consol that it is putting on hold R1,5 billion worth of investment, has major implications on the future growth prospects of the alcohol industry and its value chain, and [is] detrimental to the job preservation and creation agenda espoused by the President,” he said.

“The alcohol industry has already lost an estimated R25 billion and counting [as a result of the alcohol bans],” Ntimane said.

The formation also said that if the ban continued, 250,000 jobs in the liquor industry were in trouble.

According to a statement, liquor traders were calling for government to allow for the resumption of alcohol sales with immediate effect; support for taverns and shebeen permit holders by means of financial assistance to the value of R20,000/outlet; and a moratorium on liquor licence fees payable for a period of at least one year. 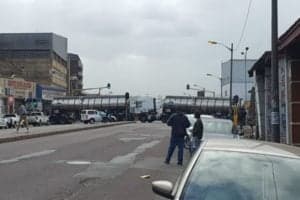 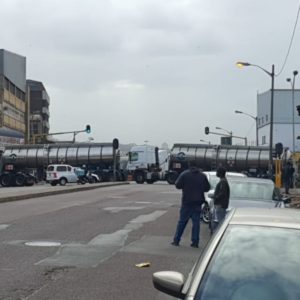 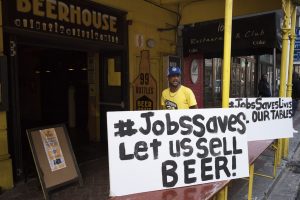