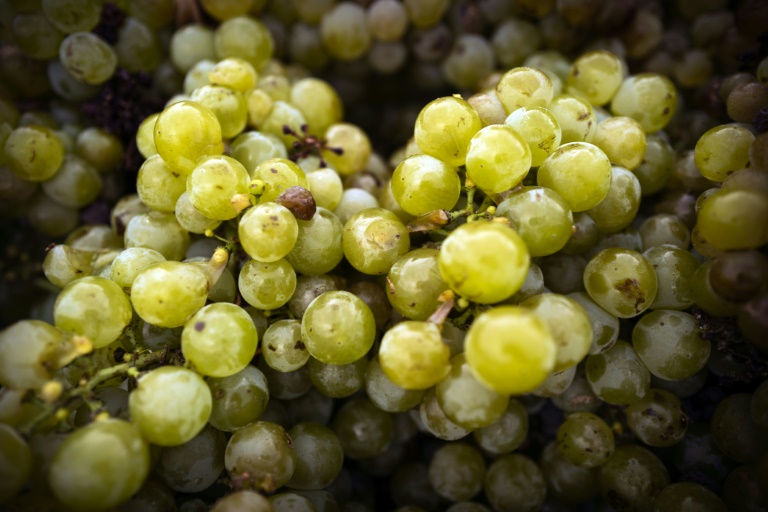 Winegrowers are also feeling the economic fallout from the coronavirus pandemic. AFP/File/Lionel BONAVENTURE

The Western Cape’s wine producers are sitting on 289 million litres of wine they could not sell because of lockdown regulations, according to the province’s Department of Agriculture.

This was causing complications for storing the current harvest because there was not enough space, and there were fears that the stock might end up on a criminal parallel market.

The livelihoods of smaller producers and hundreds of thousands of workers in the industry are at stake if wine sales are not reopened, the department said.

The department’s Dirk Troskie said the producers’ profits were low even before the Covid-19 pandemic, and if restrictions were not eased, hundreds of producers and their employees would be ruined.

He said, whichever way they sliced it, the industry was in trouble as it decided whether to dump products – which would be a risk to the environment and society – or convert to other products like hand sanitiser, grape spirits or industrial wine, at a loss.

He said the producers had a stop-start 2020, with the Disaster Management Act permutations, of when wine could and could not be sold or transported, changing several times.

However, on the same day, their hopes were dashed when the alcohol ban was announced.

Hundreds of thousands of people rely on the work provided by the wine industry, from seasonal workers, to the transporters and bottlers.

He supported Premier Alan Winde’s earlier call, in a letter to President Cyril Ramaphosa, for the restrictions on alcohol sales to be amended in order to save the wine industry.

The proposal by Winde is that alcohol be sold from Monday to Thursday at retail outlets, that the curfew be extended to 23:00 to allow restaurants to serve until 22:00, and that wine farms be allowed to serve wine and offer tastings again.

Winde said that Covid-19 cases in the province were on the decline again as the second wave passed, and that the situation had changed from when he asked for a 14-day alcohol sale restriction at the beginning of January when the number of cases was high.

Winde said the Western Cape had the capacity to cope with the numbers of Covid-19 cases and needed the economy to get going again to save livelihoods.