For its part, Transnet had committed investment of R22 billion. The presidency says that R69 billion of the R364 billion committed by corporations at the 2019 South Africa Investment Conference has “flowed into the economy”.

The now annual conference is an instrument set up by the government and big business to drive investment in the country and ignite economic growth.

At the time of the 2019 summit, President Cyril Ramaphosa said the R363 billion pledged by business was “a sign of confidence in the future of our country and the belief that the South African economy is poised for growth going into the future”.

He added: “It has been estimated that these investments will conservatively lead to the creation of around 412 000 direct jobs over the next five years.”

These investments are something of a victory for Ramaphosa as just a few months after saying this, the Covid-19 crisis struck, putting the country’s economy which was already on the backfoot under further pressure.

The presidency said R69 billion or 18.9% of the total value of the 2019 announcements have been implemented in a response to a parliamentary question from DA MP Manny de Freitas.

It said 60 of the 71 companies that made pledges are responsible for the flows of R69 billion and that the figure is based on quarterly updates received directly from the companies and reflect the status quo as at January 31, 2021.

The presidency gave no breakdown of which companies invested what amounts. At the time Toyota SA had committed to investing R2.85 billion and has since gone over this figure for the production of the new Corolla Cross sport utility vehicle (SUV) at its manufacturing plant in Prospecton near Durban.

The state-owned transportation group plans to spend R26 billion on capital investment in the 2021 financial year.

Though the presidency did not say which companies have made investments, it did release a list of the economic sectors involved, the number of investments made, and the nature of these investments. 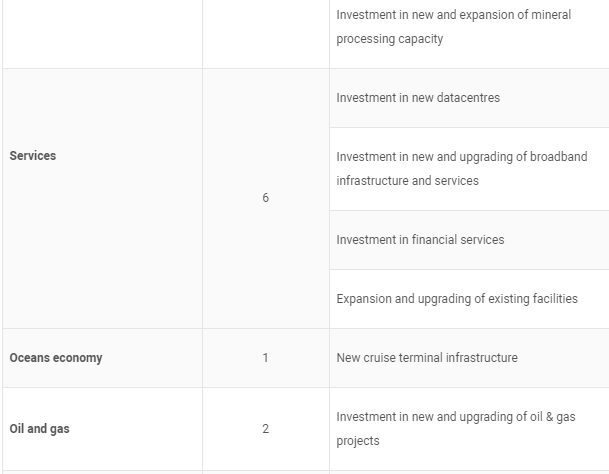 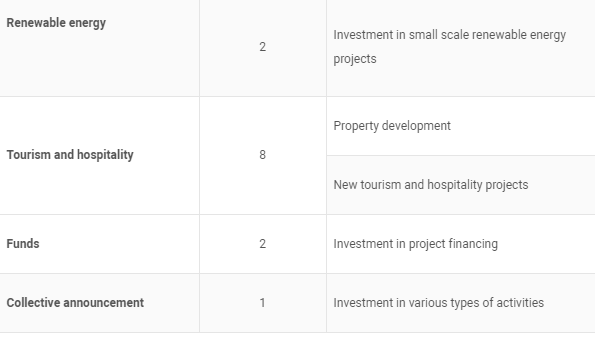 It also noted that the 2019 investment announcements are “at different stages of progress and implementation and include site clearances, installation of bulk infrastructure, commissioning of plant equipment, and factory launches”.

“These activities are contributing to the creation of jobs and economic development across provinces.”