'Three years ago, the average take-home pay was R12,706, a good indication that salaries have stagnated due to the pandemic’s economic impact' - BankservAfrica. 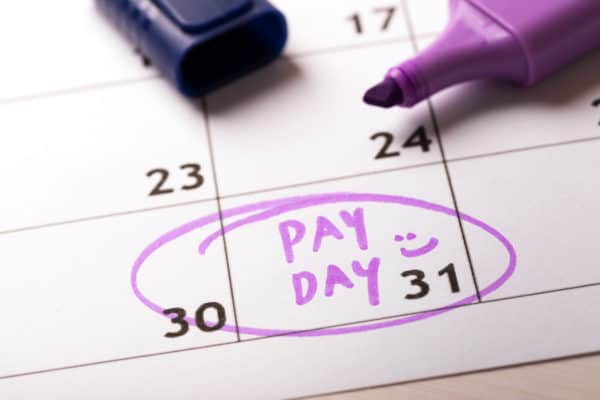 In May 2020 the impact of the pandemic and lockdown on the country’s economy was clear in BankservAfrica’s Take-home Pay Index (BTPI).

A year later it shows a complete reversal, with a continuing recovery and take home pay and employment numbers recovering swiftly and substantially.

ALSO READ: The heartbreaking reason behind an increase in take-home pay in 2020

The index shows that real salary increases are slowing as lower paid workers make their way back into the job market. This is illustrated by the total number of estimated monthly payments in May 2021, which have recovered by 13.1% since the May 2020 lockdown economic collapse.

He expects the latest salary numbers to reflect well in year-on-year retail sales and other consumer spending in May 2021, but it seems the quarterly aggregate salary and pension payments will flatten in the last few months.

May was the seventh month of the BankservAfrica Private Pension Index (BPPI) showing increases at twice the rate of inflation, Schüssler says, but points out that these increases were not only due to lower inflation numbers, as inflation has started to rise. It suggests that state pensioners may have had pension fund increases.

Small pension amount withdrawals have also resulted in the system reflecting fewer pensioners, possibly leading to the consolidation of pension accounts. Nonetheless, average pensions still increased by 11.5% in nominal terms in May 2021.

“Although job retention is in a healthier state, the overall recovery is not yet complete. When comparing the number of estimated monthly payments, the number of payments is still below the numbers for May 2019 and May 2018,” Schüssler says.

The median salary decreased by 1.5% from May 2020 as the number of weekly paid employees reappeared on the payrolls. The tax holiday also had an impact on the median take home pay more than on the average.

“The BankservAfrica numbers in general make it clear that previous record levels have not yet been achieved despite the recovery reaching later stages.

“While the current lockdown level 3 and the Covid-19 third wave may still impair employment and salaries, the majority of the recovery has taken place, although some sectors such as travel may take another year or two to recover,” Schüssler says.