Too broke for wages, but Mango to fly again 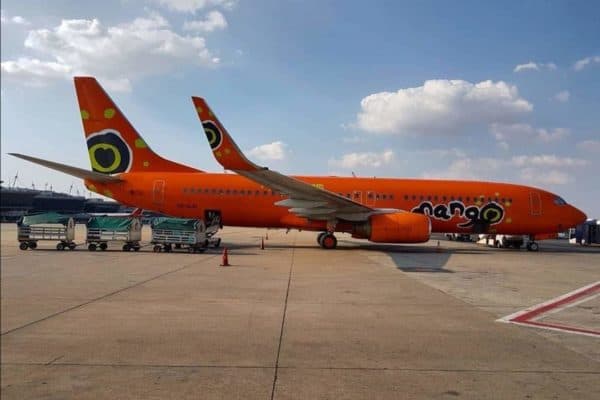 Mango may be sold off. Picture: FlyMangoSA/Twitter

Budget airline Mango was finally placed into a backdated business rescue this week when Acting Judge Michael Antonie dismissed an application by labour unions to send the airline into protection.

While employees did not get a seat at the table, they were hoping to at least receive some of their unpaid salaries. But it seems they will have to wait for a few more petrol price increases before they see a penny.

“We are now waiting for the business rescue process to start,” said SA Airways interim boss Thomas Kgokolo when Saturday Citizen asked about funds being made available to pay salaries now shareholders are in control.

In a statement this week, Mango’s interim chief executive William Ndlovu said: “As we finalise certain pertinent aspects of this process, including all other outstanding issues, which will be communicated shortly, we would like to take this opportunity to thank all stakeholders, including both internal and external customers for your patience and understanding until now.”

Mango Pilot’s Association chair Jordan Butler said: “What this means is anyone’s guess. I’m disappointed that staff need to find out from Mango’s Facebook page and media what is happening in their company.”

The contents of the release, including Ndlovu’s note that operations were to resume as soon as possible, were news to the staff.

“Nobody has been paid, and clearly it’s also not on the nearterm horizon. How do they expect a financially exhausted workforce to afford propping up the business again?”

Antonie has not provided any details about his ruling.

When he handed down the order on 10 August, he referred to the urgency of business rescue, with his decision shared but not the content of the actual ruling.

“I have no idea when we will get to see this,” said Butler.

“As it would inform us on what grounds we may elect to appeal.”

By late yesterday, the balance of documentation was still not available.