MTN reiterates plan to quit Afghanistan despite millions of customers

The company announced in its interim results report that the group was evaluating its options to exit Afghanistan and Yemen. 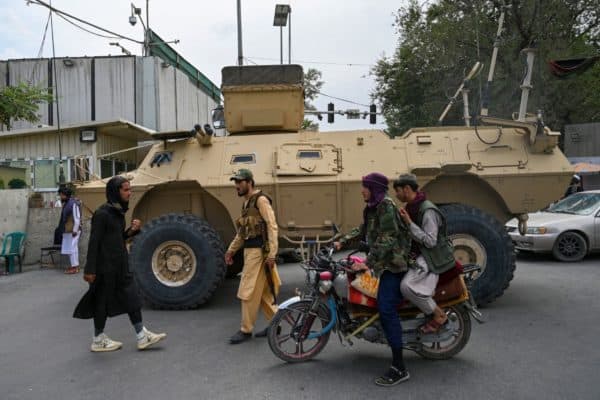 Taliban fighters patrol along a street in Kabul on August 17, 2021. Wakil KOHSAR / AFP

Cellular network provider MTN has confirmed that it has no employees working or based in Afghanistan and therefore there is no need to evacuate people in the light of the Taliban takeover.

And the international Standard Chartered Bank said it did not have any office operations or employees in Afghanistan, according to the bank’s Christine Matambo.

This calmed fears after it was earlier reported that South African firms based in Afghanistan were preparing to evacuate their staff after the Taliban took over the capital, Kabul, and entered the presidential palace in a
one-sided takeover.

There was no resistance from the Afghan armed forces or the Afghan people as the armed group returned to power after almost 20 years. The Taliban had been ousted with the assistance of the United States army, which began withdrawing from the country this year.

Many foreign nationals and employees of foreign businesses doing business in Afghanistan evacuated before the chaotic scenes that erupted at Afghanistan’s international airport.

Many people fled to neighbouring countries, including Pakistan.

Instead, the multinational mobile telecommunications company reiterated its previous statement that it planned to pull out of the country.

MTN announced in its interim results report that the group was evaluating its options to exit Afghanistan and Yemen.

This, it said, was in line with its plans first announced in August 2020 to focus on a pan-African strategy and exit the Middle East over the medium term.

“In Afghanistan we have 356 employees, many of which are working remotely. Our network continues to provide services to all our 6.3 million subscribers in the country,” Morafo said.

At the end of June 2021, MTN Afghanistan, which is wholly owned by MTN Group, had 6.3 million of the group’s 277.3 million subscribers.

With more than 40% of the market, at end June MTN Afghanistan had the leading market share.