Standard Bank has also boldly stated it aims to grow its client base from 15 million to over 25 million by 2025. 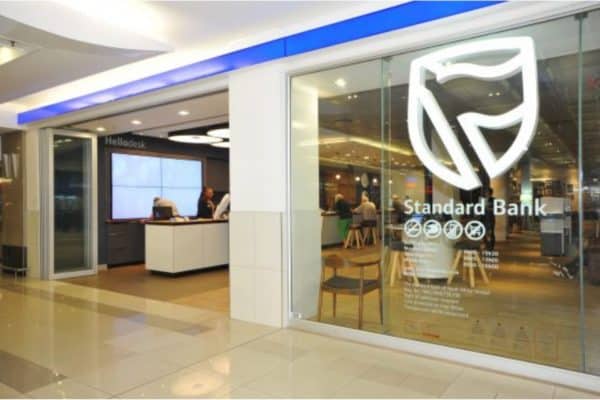 In 2019, the bank shut around 100 branches across the country. While that was the main driver in cutting its branch floor space from around 360 000m2 to 294 000m2 by end-June 2021, it has continued to reduce space since those closures. File image for illustration only.

In a virtual strategic update event on Friday, Standard Bank Group revealed that it plans to cut head office and branch space by as much as a quarter by 2025.

Chief finance and value management officer Arno Daehnke says head office and branch square meterage will reduce by 20% to 25% as one of the critical levers to maintain cost growth lower than inflation.

These efforts at reshaping its estate “in line with client and employee behaviours” have already resulted in savings of R400 million per year.

It hasn’t just been about cutting space, however.

The bank speaks about a “distribution reset” where 80% of transactions in branch have been digitised, allowing it to shift the focus of staff from service to sales.

It has lowered distribution costs by over R1 billion.

In her presentation, chief executive officer for consumer and high net worth clients, Funeka Montjane reiterated that the bank would “continue to optimise distribution in South Africa”.

Compared to the first half of last year, South Africa branch volumes have declined 39% in line with the group’s “strategy to drive our clients to our digital channels and de-cash our branches, where possible”.

It admitted in Thursday’s financial results that its “branch experience is lagging and remains a key area of focus”.

It will leverage retail distribution partnerships, like the just-announced deal to open mini branches in select Pick n Pay stores, which bring lower set-up and running costs and will give it access to a new client base.

Standard Bank has also boldly stated it aims to grow its client base from 15 million to over 25 million by 2025.

It has 9.7 million active clients in South Africa and 5.26 million retail clients in its African Regions businesses.

It sees the South African number increasing by 1.6 times, in other words to 15.5 million. It does not see growth coming from the affluent or high-net-worth segments – it will defend its share in this space. Rather, the growth will all come from so-called “main market” clients.

Key to this ambitious target of adding more than five million customers will be its low-cost MyMo digital bank account as well as its Instant Money remittance product. It currently has 2.1 million unique Instant Money senders and in excess of one million MyMo account clients.

Clients in its African regions will grow by 1.9 times, or to 10 million.

Daehnke says this will translate to a compound annual growth rate (CAGR) of 6% to 8% in non-interest revenue for the banking business over the five years to 2025.

Its insurance and investments businesses will have CAGR of 8% to 11% over the same period and it sees between R3 billion and R4 billion in non-interest revenue from initiatives labelled “beyond financial services”.

This represents CAGR of between 48% and 58% over the period, admittedly off a low base. It sees new revenues from strategic distribution partnerships of between R5.5 billion and R6.5 billion.

It is this push, towards becoming a platform, that the bank says will ensure it doesn’t become “disintermediated from clients and become a utility”, resulting in a deterioration in efficiency and decline in returns.