South Africa’s GDP is actually 11% bigger than previously recorded, but this adjustment does not mean that GDP growth has improved. All the annual GDP figures were adjusted by less than 1%, except for 2020, when the GDP of -7% was changed to -6,4%. 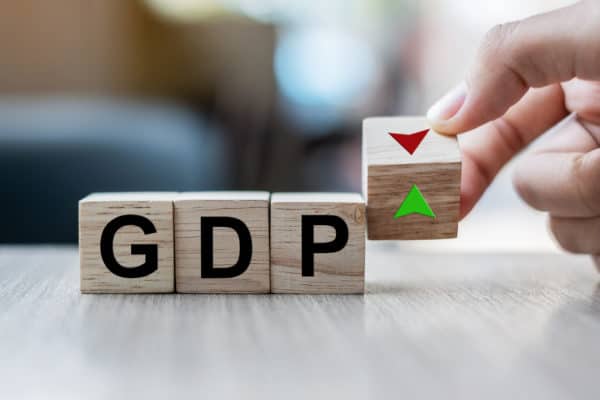 Updated GDP estimates show the economy is 11% larger after Statistics SA completed a comprehensive project to benchmark and rebase the statistics in line with international best practice to periodically review and update the estimates of the size, structure and performance of the economy.

Statistics SA included new sources of information, improved the compilation methodology, reviewed and refined the classification of economic activities and updated the reference year from 2010 to 2015 during the process.

According to Statistics SA, the improvements in methodology and classification ensured that economic activity could more accurately be linked to the industry where it happens. Education and health services, as well as trading entities from local government institutions, are now correctly treated on the production side as part of personal services rather than general government.

These reclassifications reduced general government’s contribution to the economy in the new 2015 base year by R283 billion (down by 45%) and increased the contribution of personal services by R439 billion (up by 206%), coming from a small base.

The estimates for the finance, real estate and business services industry are now R191 billion (26%) higher for 2015, mainly because ‘other’ business services that were previously not surveyed were included, as well as improved methods to estimate owner-occupied housing.

Statistics SA says expenditure on GDP must reflect changes in the production of GDP as part of maintaining the balance between supply and demand. The most significant revision in the 2015 base year on the expenditure (demand) side is for household final consumption expenditure, estimated to be 16% higher.

Three categories of household expenditure contribute most to this increase. These are recreation and culture, restaurants and hotels, and miscellaneous goods and services. There was only a decrease in food and non-alcoholic beverages.

ALSO READ: SA’s economy has mining sector to thank as it grows by 1.1%

The rebasing of GDP also made provision for the non-observed economy, which consists of activities not captured in regular statistical enquiries. Although it overlaps with the informal sector, it is not the same. The non-observed economy on average accounted for 8% of total value added between 2013 and 2018.

The highest level of activity of the non-observed economy in the 2015 base year took place in the personal services industry (33%), followed by trade, catering and accommodation (18%), transport, storage and communication (16%) and manufacturing (13%).