Tekkie Town is still trying to block Steinhoff's attempts to get out of trouble, and believe the company must be liquidated. 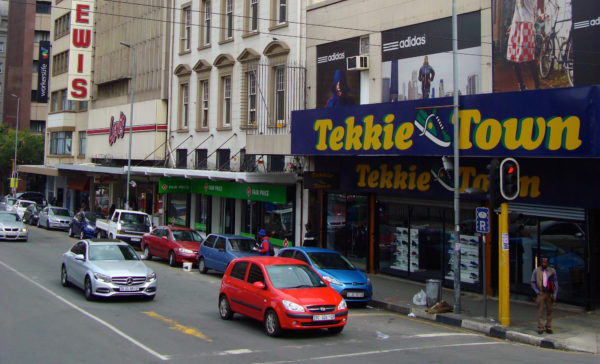 Another shot was fired in the war between Tekkie Town and Steinhoff on Wednesday, when the founder and former owners of Tekkie Town filed a notice of opposition to Steinhoff’s Section 155 creditor confirmation application set down for sanction on 30 September.

Section 155 of the Companies’ Act provides for a compromise between a company and its creditors, and is usually one of three options for distressed companies. The other two options are liquidation and business rescue.

Steinhoff will try to have the controversial S155 sanctioned in the Western Cape High Court on an urgent basis, to complete its attempted global settlement process that would rid it of almost R130 billion (€7.7 billion) in legal claims.

These claims are a result of accounting fraud that almost spanned a decade, where R106 billion in fictitious profits and assets were created to overstate the value of the company.

A forensic investigation by PriceWaterHouseCoopers (PWC) confirmed that the inflation of assets and profits through “fictitious” entries and “unlawful” activities by certain senior Steinhoff board members and executives dated as far back as 2009.

Although the complete forensic report was not released, PWC referred to “unlawful activities by Steinhoff directors, executives and a group of outsiders” in an abbreviated summary of 11 pages published in 2019.

“We have significant reasons for our opposition to Steinhoff’s attempts to have the S155 process sanctioned,” former Tekkie Town CEO, Bernard Mostert, says in a statement by the founders.

“Firstly, the Section 155 proposal treats the creditors of Steinhoff International Holdings unfairly. Steinhoff NV, the parent company, is actually insolvent and should be wound up and its assets preserved.”

Mostert says the second aspect is the founders’ liquidation application against Steinhoff NV that will only be finalised after 30 September. “To have the Section 155 sanctioned before the winding-up application of Steinhoff NV has been decided, would be premature and a waste of the court’s time.

“We believe a successful liquidation would yield a better result for legitimate creditors of Steinhoff NV, as well as the many parties who were defrauded by the company. Finally, the proposed settlement process poses a real risk for the Steinhoff entities that will have to carry the burden of a predatory interest rate of 10% for a pro-longed period of time, during one of the worst economic periods in a century.”

According to Mostert, Steinhoff’s debt stack and the predatory interest rates it is subjected to is an economic mountain that is too steep to climb even without any litigation against it.  “Even more so if you consider that much of that interest has to be serviced by earnings in developing countries that carry significant currency risk.”

History of Steinhoff and Tekkie Town

Braam van Huyssteen founded Tekkie Town in 1989 with R20 000 and grew it organically without taking on any debt to an enterprise that delivered an EBITDA of R289-million in 2016, an annual compound rate of 42,5%, according to the statement.

Van Huyssteen and others exchanged their controlling share in the business for restricted shares in Steinhoff in 2016, just a few months before the accounting irregularities and fraud were revealed when Steinhoff could not publish its refused annual financial statements.

Since then Van Huyssteen and his team have been involved in long-running litigation against Steinhoff in the South African courts to exercise a right to cancel the contract because it was based on fraudulent misrepresentation.

No charges were brought after the fraud was discovered and no prosecution has commenced against the Steinhoff executives and board members who are implicated.