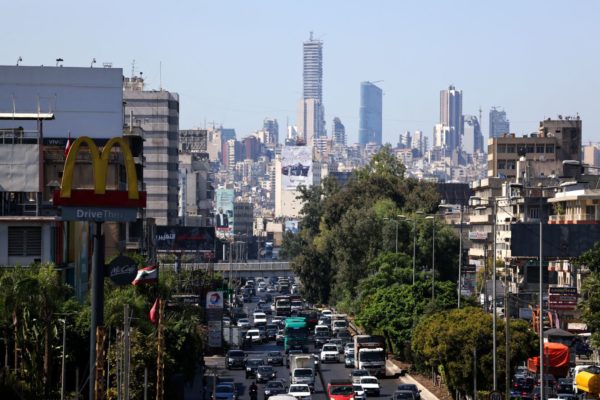 Many in Lebanon had their savings in deposit accounts. They knew the situation was grave, but were complacent, expecting trust in the system to continue – but it ended overnight. Photo: Joseph EID / AFP

Lebanon is facing a financial meltdown so severe that the World Bank has branded it as one of the worst since the mid-19th century. The country is fast spiralling into a dangerous situation of state failure, marked by violent riots, escalating blackouts and spiking fuel price increases.

The Lebanese crisis shows how things can go wrong when mismanagement of public policy and corruption are the order of the day.

While South Africa is in a very different position to Lebanon, the events there act as a valuable lesson to understand how quickly things collapse if there is a lack of sound economic policy and fiscal discipline, and no strong, independent institutions to maintain a functioning economic and financial system.

All too often, the root of a crisis lies in a country consistently spending beyond its means.

Looking at the unfolding crisis in Lebanon, here are the top flags that warn of a country’s near financial collapse.

1. Getting stuck in a debt spiral

Lebanon’s crisis was born out of the financial and economic policies it undertook to attract large foreign inflows to finance the reconstruction of the country. To do so, the currency was pegged (providing confidence in the monetary system), high interest rates were provided, and capital movements were fully liberalised.

As the economy was coming off low grounds, and the tax base was tiny, the budget was financed with a large amount of debt.

The government relied on domestic borrowing, amassed in local currency, to meet its overall financing need. Most of that came with very high interest rates, given the risk premium demanded by investors to finance a broken country. With high costs of borrowing, the overall fiscal deficit expanded rapidly.

Between 1993 and 2019, the government earned a cumulative revenue of around $170 billion and cumulatively spent around $260 billion, resulting in a deficit of $90 billion. This is compared to an estimated cumulative interest payment of $87 billion, which means that interest was responsible for the full cumulative deficit.

It takes just a few years of reckless spending to get stuck in a debt-overhang spiral.

2. Embezzlement of public money through nepotism

The reconstruction project involved massive embezzlement of public money through nepotism in the awarding of contracts, an overt shift of wealth from the public to private entities, and tenders greatly exceeding project costs.

Some estimates put the amount of waste at more than 50% of the total cost of reconstruction. By 2019, Lebanon had one of the highest debt-to-GDP ratios in the world. As a consequence, interest payments consumed around 50% of government revenue by 2019.

Most of the public spending was not generating economic value. The two main sources of primary spending were public sector wages (a highly bloated public sector that served sectarian patronage), and subsidies to the broken state-owned Électricité du Liban (EDL), where deeply entrenched vested interests blocked any reform.

4. A country consumes more than it produces, and is over-reliant on imports

Lebanon consumes more than it produces and relies heavily on imports.

The export base is tiny due to long-standing neglect of the productive sectors at the expense of the service sector, an overvalued exchange rate, and a commitment to open trade with no policies to protect domestic industries.

The link between the budget deficit and the current account deficit is important.

ALSO READ: Investors eye Mauritius as the tropical island positions itself as an economic powerhouse

Nearly half of interest expense was in US dollars, and most of the EDL costs were in foreign currency. As for wages, even if they were paid in local currency, consumption spending would automatically lead to US dollar outflows as the country relied on imports to meet 85% of its daily needs.

In Lebanon’s case, the main source of financing was not exports, which is a sustainable way that countries usually finance capital outflows. Instead, the country relied on the constant inflow of remittances from the Lebanese diaspora (there are an estimated 12 million Lebanese living abroad versus 6.5 million in Lebanon) that were channelled through a perceived strong banking sector.

Remittances are not a sustainable way to finance a huge deficit. They are volatile in nature, as a large part accumulate as liabilities on the banking sector’s balance sheet, making them susceptible to sudden outflows.

6. The (dubious) role of a central bank

As Lebanon started to see diminishing inflows, which intensified in 2015, the central bank, Banque du Liban, underwent a series of transactions – dubbed “financial engineering” – that were meant to solve serious problems: the central bank’s foreign exchange shortage, the funding needs of the treasury, and the insufficient capital and liquidity of private banks.

In short, the central bank paid banks an exorbitant return on dollar deposits to bolster its dollar reserves.

This provided a windfall boost to bank earnings and capital (effectively a money-financed capital injection without any equity stake in return; in other words, a direct transfer of taxpayer money to a few wealthy bankers).

To maximise the benefit from the scheme, banks were incentivised to attract new dollar inflows by offering high rates to expats (and as a concomitant significantly reduced lending to the real economy, exacerbating the problem).

The effect of this was the strengthening of the central bank’s gross reserves in the short term.

The central bank, in turn, was using that money to finance both the current account (i.e. continue supporting the currency peg) and the government (which at that point was struggling to raise foreign exchange debt on the market). The net reserve figure (which accounts for liabilities – and was never published) turned red and continued widening.

Basically, a large Ponzi scheme was at play.

The central bank was paying very high interest to banks and banks to customers by crediting accounts without generating the return on the cash. On the contrary, the central bank was spending the money and relying on new money to finance outflows.

8. Blind and stubborn trust in the banking system

The role of the psychology of crowds in averting/precipitating crises is fascinating: As long as people did not know that a devious scheme was taking place and confidence existed, the scheme could continue.

On 17 October 2019, a WhatsApp communication tax proposed by the government triggered large protests that carried on for weeks.

The banks (which were partly a target of the protests, blamed for generating super profits over the years, and not paying a fair share to the fiscus) closed their branches for a week. Confidence was lost. As they opened again, a run on the banks occurred, particularly from expat-holders of dollar accounts. The banks could not meet that demand. Unofficial capital controls were immediately put in place and the system collapsed.

It took only a matter of weeks for the Lebanese to appreciate that value in the financial system was artificial, and that their hard-earned lifetime savings were no more.

In the months prior to the crisis, most average financially educated people in Lebanon still held the majority of their savings in a deposit account.

While they understood that the country’s metrics were worryingly grave, they were complacent about the situation, arguing that it had always been the case and that trust in the system would continue no matter what. Until it did not – and this happened overnight.

Ultimately, Lebanon ended up with a three-pronged crisis: a balance of payment/currency crisis, a sovereign debt crisis, and a banking crisis.

It is wise to monitor the above red flags in economies that are under pressure.