Mantashe and Ramaphosa differ on the just transition from coal 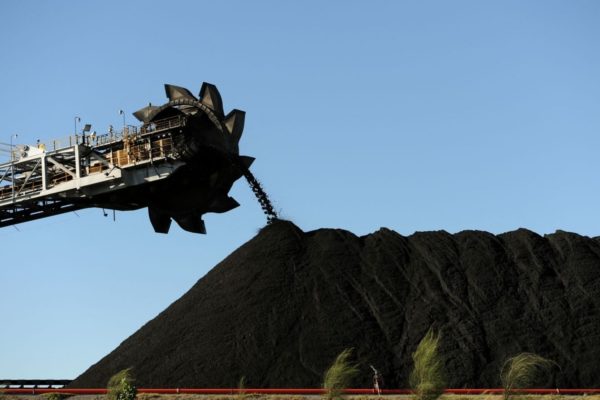 Clean energy is a necessity for planet and people – but from an economic perspective, coal is the golden goose. Photo: Greg Wood/AFP

When President Cyril Ramaphosa announced the pledge by the US, EU and UK of $8.5 billion (around R130 billion) in funding to speed up South Africa’s shift from fossil fuel reliance, he called it a watershed moment for just energy transition.

A few days later, Mineral Resources and Energy Minister Gwede Mantashe, one of the senior leaders in Ramaphosa’s administration, contradicted him. Not directly, but through his call for African governments to unite in opposing the coal ban.

There was once a strong link between the two due to their National Union of Mineworkers (NUM) leadership roles. Is this the sign of the diverging paths, as far as energy policy is concerned?

Or does it point to the simmering drifting apart between comrades on the best way forward for South Africa?

Maybe some will say I am making something out of nothing. Ultimately the power bestowed on Ramaphosa by the executive office gives him autonomy.

For example, as one of the largest coal producers in Africa, South African mining companies, the government, trade unions and Eskom have vested interests in continued coal production for their benefit.

Why unions? Well, coal mining directly employs 91 459 workers (according to Mineral Council South Africa Facts and Figures 2020) and is the most significant sector in mining, accounting for 24% in terms of weighted production volumes.

The other beneficiary is Eskom; as the country’s leading electricity generating utility, it consumes large quantities of coal.

However, the domestic coal industry has also seen an increase in global demand, although the pandemic persists to the point where coal producers choose the best paying market. In short, from an economic perspective, coal is currently the golden goose.

Additionally, 2021 kicked off with bullish coal demand because China increased its South African coal imports. SA is third only to Indonesia and Russia as the beneficiaries to the Chinese government, permitting the country’s power plants to import coal from previously restricted countries due to freight differentials.

Other countries where local coal is in demand include India, Sri Lanka and Pakistan. Soon more will join, considering that some south-east Asian countries continue to build coal-powered stations.

It is not surprising then that Mantashe shows hesitancy towards the resounding calls to phase out coal.

After all, the commodity is a key to the economy, remains a lifeline for South Africans, and is essential for power generation.

The energy that coal produces powers not just local needs, but those of countries such as Botswana, Lesotho and Zimbabwe.

Therefore, reliance on coal is for consumption purposes as well as the revenue generated from exporting to other countries.

However, in the face of the uncontrivable truth that climate change is a crisis of today and the future, scientific evidence shows that its effects will leave developing economies worse off.

The focus on the interrelationship between environmental and social issues has prompted increased calls for countries to speed up their just transition programmes.

While diversifying away from fossil fuel might not sit well with Mantashe, the transition from dependency on coal for electricity must begin.

Now more than any period in humanity’s history, the unsustainability of capitalism’s fossil-fuel-propelled means of production and consumption is apparent.

The interaction between humans and nature has led to a climate crisis that cannot be overlooked.

Additionally, the scale of environmental degradation due to climate change will affect developing countries more since many lack the financial and infrastructure capacity to transition to clean energy. Thus, by their weak economic endowment and geographical location, the global South that forms the bulk of developing economies continues to rely on fossil fuel.

Although making significant progress in renewable energy, South Africa is also trapped in the grip of coal-produced electricity.

In theory, it does not seem impossible to quit fossil fuel …

After all, the technological innovation and forward-looking pro-just transition policy can move the world in the next direction, can it not?

Not so simple. The South African case illustrates how the external crisis that is full of twists and turns – climate change governance, North-South relationship, advanced versus developing countries, coal-rich Africa, and rich nations’ unwillingness to commit to the Paris Agreement – has worsened the internal crisis.

On the one hand, South Africa, as the president has alluded, is keen to transition to clean and environment-friendly energy production.

On the other, Mantashe has reminded Africa that its coal remains an asset in demand.

Perhaps the more extraordinary twist in this energy security narrative has been Eskom’s incessant load shedding – a stark reminder that reliance on coal is not going to stop now or in the foreseeable future.