At no stage did Sars provide reasons for the actions it took. Gert van Heerden, senior manager of legal services at the Office of the Tax Ombud (OTO), in a discussion with Moneyweb, said there has been a breakdown of proper communication between Sars and taxpayers.

However, two months after the dispute was finalised and the assessment revised, the taxpayer complained to the OTO because they could still not access their refund.

The OTO found that on 10 separate instances over a two-week period, Sars paid the refund into the taxpayer’s bank account and then immediately recalled it.

At no stage did Sars provide reasons for the actions it took, and neither could the OTO find any legal or reasonable basis for Sars’s actions.

The OTO recommended that Sars pay the taxpayer the income tax refund for the 2018 tax year without further delay. Alternatively, Sars should provide valid reasons for refusing to do so.

After the OTO’s intervention, Sars eventually paid the refund to the taxpayer.

How to get the OTO’s assistance

The OTO has demonstrated that sometimes lodging a formal complaint with the OTO is the only solution for taxpayers to have their tax affairs fairly addressed by Sars.

The taxpayer must however first follow the correct process to have the complaint addressed by Sars.

The complaint can be made on eFiling, and the taxpayer will be given a case number. The taxpayer should not make the same complaint twice.

If Sars does not address the complaint, the taxpayer can then revert to the OTO.

In scraping the barrel for low hanging fruit, Sars has increased its verification of supporting documents to confirm the details submitted by a taxpayer on their tax return, particularly if the taxpayer is due a refund.

The taxpayer will receive an email: “Dear Taxpayer, An important notification has been issued and is attached to this mail. Please respond or act as stated on the letter.” Even though this might look like a phishing email, the attachment will state that supporting documentation must be submitted.

Verification letters are issued by a computer and will not have been tailored according to the taxpayer’s information.

Hence, a taxpayer may be requested to submit a retirement annuity (RA) certificate even if they have not claimed an RA deduction.

But from here on, the taxpayer may experience delays.

Contacting Sars for a status update

The Sars Call Centre now offers a menu of limited options. You may be able to access a voice message stating that the verification exercise has been completed, but no information on the refunds.

Taxpayers’ eFiling accounts now have a virtual assistant in dire need of training.

If you request a verification status, you will receive a message: “An unexpected error has occurred. We apologise for the inconvenience!”

Van Heerden said tax practitioners have alleged that they can wait for hours to have a call answered and, once answered, it will be deliberately dropped by the person taking it.

Van Heerden is of the view that 90% of taxpayer complaints could be avoided if taxpayers were able to have a discussion with the tax official dealing with their matter. Taxpayer education is also essential, “and Sars should be mandated to do this”. 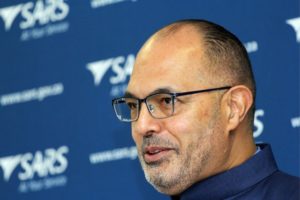 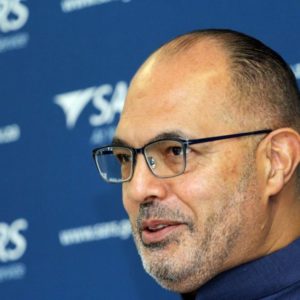