Gauteng was the most supported province in 2021, with 57% of companies directing funding to projects in the province. 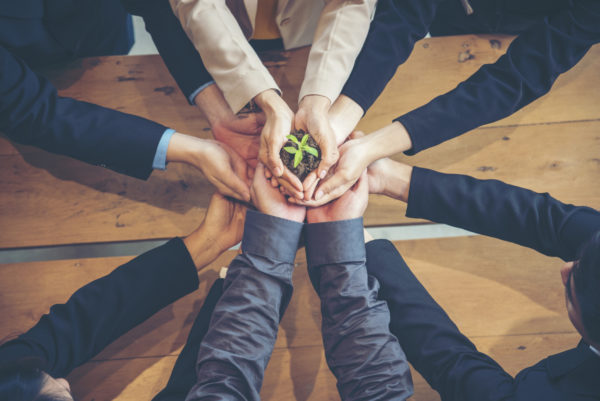 South African companies spent 7% less on corporate social investment (CSI) in 2021 due to Covid-19 and a decrease in corporate profit.

Most diverted their spending to food security, agriculture and disaster relief during 2021, although education remained the most popular cause.

According to CSI consultancy Trialogue’s findings in its 24th edition of the annual Trialogue Business in Society Handbook, South African companies spent an estimated R10.3 billion on (CSI) in the 2021 financial year, down from R10.7 billion in 2020.

After tracking CSI spend for 24 years, over half of the companies reported decreased CSI expenditure for the first time ever due to the pandemic and less corporate profits. In the US, on the other hand, total community investments showed unprecedented growth as companies attempted to alleviate the negative effects of the pandemic.

When asked about the rationale of the structure for the CSI function as a non-profit company or trust, 32% of the companies said it was for tax reasons, while 71% said it was for credibility of the structure, 55% for the specific expertise of trustees and staff, 52% because they can appoint external representatives as trustees and 35% because it offers protection from business cycles which enables them to commit to longer-term strategies.

Almost one-third of the companies made non-cash contributions of products, services and time during the current financial year, up from 19% in 2011.

However, non-cash giving as a proportion of total social investment was on average only 13% in 2021, significantly lower than the 22% reported by US companies, says Cathy Duff, director of Trialogue.

Less than half (47%) of CSI spend was allocated to projects with a national footprint. Gauteng was the most supported province in 2021, with 57% of companies directing funding to projects in the province, which received on average 21% CSI expenditure.

This was followed by KwaZulu-Natal, with support from 45% of companies and the Western Cape, supported by 39% of companies.

Speaking up about issues

Duff pointed out that the cross-cutting issues of environmental sustainability, psychosocial support and gender equity are usually incorporated into some CSI projects or considered at a programme level as few companies have specific CSI projects dedicated to these issues.

When company leadership take a stand on major issues, 61% speak out against gender discrimination, 58% on inequality and 57% on climate change (57%) and few speak out about the minimum wage (21%) or excessive executive pay (7%).

ALSO READ: KZN diamond rush: All that glitters is not lost

There has also been little support for unrestricted funding, where recipients can choose how to spend the funds, despite the obvious benefits that became clear during the pandemic, with 90% of companies not offering unrestricted funding and 86% not willing to consider it.

In addition, 38% of companies make funding depend on project outcomes, while 39% considers it for the future. More than a third of companies (35%) have provided funding to help non-profit organisations to self-generate funding, with 33% considering it going forward.

“Unrestricted funding requires trust in an organisation’s leadership and we recommend that companies consider it for trusted organisations delivering good outcomes,” Duff says.

As in previous years, non-profit organisations (NPOs) were the most popular recipients of CSI funds, with 87% of companies directing an average of 53% of their spend to NPOs in 2021, slightly less than last year.

An average of 28% of NPO income came from South African companies this year, with schools, universities, hospitals and other government institutions supported by 71% of companies, with 24% of CSI spend directed to them.

Duff noted on the other hand the alarming development that the percentage of companies retrenching staff or not renewing contracts (22%) and issuing notices of force majeure to suppliers (13%) has doubled compared to 2020.

ALSO READ: How fibre is being rolled out to townships through Gbitel

More than two-thirds (65%) of companies changed their CSI programming by adapting existing programmes to deal with the impact of Covid-19 or reduced programming in response to Covid-19 (31%).

However, Duff says it is positive finding that over half of companies (57%) expect the greater collaboration experienced in the past year to persist, while 45% expect the enhanced consultation between funders and recipients to persist.

Apart from the survey, the handbook also explores what the private sector can do to support government’s recovery efforts, how to put responsible business concepts into practice and how to help accelerate meaningful change in South Africa as part of its theme “Building Back Better”.