Perception is that reason for firing is that he was doing his job, insisting on fiscal discipline. 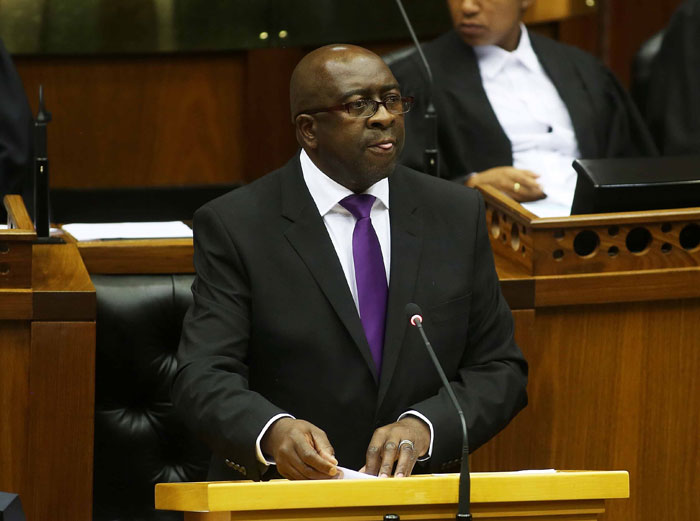 President Jacob Zuma’s decision to replace his finance minister with a relative unknown has roiled markets, knocked the rand and upset political, labour and business leaders across the spectrum.

Bloomberg reports #ZumaMustFall was the top trending Twitter hashtag in South Africa and radio talk shows were flooded with calls for Zuma to resign. The rand fell to 15.3000 against the dollar as sentiment soured in an economy that is barely growing and the near certainty of an interest rate rise in the US next week. Ratings agency Fitch said Nene’s departure raised “more negative than positive questions” for the country.

“Is that going to lead to any loosening of the expenditure ceilings or not?” asked Jan Friedrich, head of Middle East & Africa, Sovereigns at Fitch. He added his base case was that it would not, but that he would be watching this closely. Reuters reports the Congress of South African Trade Unions said it was “shocked and disconcerted”.

The SA Chamber of Commerce and Industry said it was anxiously awaiting clarification. Van Rooyen said he was facing a “colossal assignment”. “The government has crossed a line which it hasn’t crossed for the last 20 years,” Steven Friedman, director of the Centre for the Study of Democracy, said.

“This is really effectively the first finance minister to be fired since 1994. The accurate perception is that the reason he was fired is that he was doing his job, insisting on fiscal discipline.” Since his appointment in mid- 2014, Nene has emphasised the need to cap government spending, rein in bailouts to stateowned firms and limit the size of wage increases to government employees.

“The concern is the suddenness of the move,” said head of research at Nedbank, Mohammed Nalla. Investors dumped South African sovereign dollar bonds. The average yield premium compared SA banking index plummets to US Treasuries surged to six-and-a-half-year highs, while individual bond prices fell as much as 3 cents in the dollar.

Democratic Alliance leader Mmusi Maimane said the axing was “yet another example of how President Zuma puts himself first and the country second”.