The market continues to muddle along. Landlords expecting a sizeable return from their buy-to-let residential investments this year are likely in for a rude awakening, Moneyweb reports.

Buy-to-let investors are increasingly finding it difficult to forge ahead with above- inflation increases on rental properties when leases come up for renewal.

To make matters worse, residential upkeep costs such as water, electricity, and rates and taxes, are rising faster than rental growth.

SA rentals on average dropped from 7.28% in July to 5.18% in September with the average rental currently at R6 508. In PayProp’s four-year history of tracking the residential rental market and rental payments on more than 75 000 properties, it seems like 2015 is proving to be a year of pedestrian rental growth (see graph below).

PayProp CEO Louw Liebenberg initially expected rental growth to be on the upside until the end of the year, with growth of at least 10%. “This would be a sign that the rental market was in recovery mode, but there are signs that the market is still declining,” he tells Moneyweb.

At the centre of rental market pressures are tenants who are not in a position to afford more rental increases, given that their income is declining while debt repayments continue to surge. PayProp estimates that tenants are currently spending close to 37% of their income on servicing debt, compared with the 32% at the beginning of the year.

There is a shortage of residential rental units on the back of an insatiable demand from prospective tenants which, in theory, should drive up rentals. But this is not the case because of tenant affordability issues.

Even with a large pool of tenants in the market, credit bureau Tenant Profile Network (TPN) MD Michelle Dickens says not all of them are quality tenants.

“Landlords are now discerning in their tenant selection and are aware of taking a delinquent tenant. They are also prepared to accept low rental escalations to keep good tenants [rather than having] a vacant rental unit,” Dickens explains.

She adds that the overall tenant payment performance is currently good. In fact, figures from FNB and TPN show that the percentage of tenants in good standing – those who pay rent timeously – slightly declined to 84.7% in the third quarter, compared with the huge dip to 71% in 2009.

Some buy-to-let investors continue to coin it despite the slump. The Northern Cape has emerged as the most expensive province in which to rent, with average rentals fetching R7 219 per month (see the rest of rankings below). The province has also recorded the highest rental growth of 10.5% (see the rest of rankings below).

Liebenberg says the Northern Cape’s dominance is due to the “massive demand for rental units” even though mining companies in the province, which provide housing units for employees, are feeling the pinch from the commodity price downturn.

FNB and TPN figures show a similar trend of decline of the market, with the national average gross yield slowing down to 8.3% for the third quarter from 9.932% in 2012.

When factoring in the cost of finance (prime 9.75%), which surpasses the net rental yield of 6.8%, it makes buy-to-let investments not overly attractive, says FNB’s household and property sector strategist John Loos.

The tepid performance of this market has seemingly scared off investors, as the percentage of home buyers being buy-to-let remains at 8%, compared with more than 25% during the property boom years of 2004 and 2005. 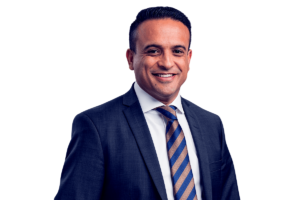