The people beyond the numbers

New Actuarial Society head insists people must be the focus. 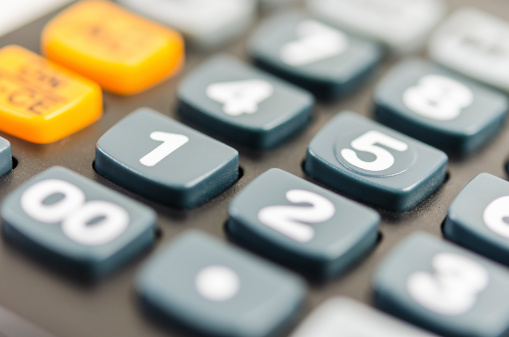 Professor Roseanne Murphy da Silva has done the impossible: she has explained in a few short sentences what it is that actuaries actually do, and at the same time captured the appeal of the profession.

“It used to be simply about making financial sense of the future, but the profession has grown beyond that. Actuaries are problem solvers. We try to understand the financial consequences of future events and find ways to mitigate against that from a risk management point of view.

While actuaries used to confine their skills to the insurance and pension markets, they are now active in the healthcare, banking, telecommunications and even manufacturing sectors.

So it seems astonishing then that so little is known about a profession that plays such an important role in so many sectors of the economy.

Spreading the word, so to speak, is just one of Murphy da Silva’s new responsibilities. She will take over leadership of the Actuarial Society of South Africa (ASSA) from next year, making it the second time in its 67-year history that the association has a female president.

She says that she was on her way to either a teaching or law degree when a chance encounter at the Wits Counselling and Careers Development unit saw her path shift to actuarial science. “I am so fortunate, I love what I do, every minute of it.”

There are just 1277 qualified actuaries in South Africa. Of this 287 are women. While this seems low, Murphy da Silva points out that when she qualified as an actuary in 1995, she was the 17th woman to be accepted into the South African profession. “I didn’t really think about it at the time. Now more than a third of all actuarial science students are women.”

In fact, she believes that women are well suited to an actuarial career. “In addition to their problem solving skills and number crunching abilities, actuaries need to practice empathy, patience and communication skills,” she says.

“I cannot stress enough how important this is. It’s about everything we do. As actuaries we need to first gain a true understanding of the needs of the people consuming financial products before developing solutions to the complex savings and investment challenges facing South Africa.”

Racial transformation of the profession will be another focus of her term, and there is a big hill to climb, she says. Of the 1277 fully qualified members of ASSA, 913 are white. However things are changing and the number of African, Indian, and Coloured student members exceeds the number of white student members. Student members have a bachelors or honours degree and are usually employed while studying part-time towards an actuarial qualification.

In addition, the accredited universities report that the majority of students in most undergraduate actuarial programmes are now black.

Aside from being a practicing actuary for the last 18 years, Murphy da Silva is an adjunct professor in the Wits School of Statistics and Actuarial Science. Teaching is one of her true loves and she revels in the stimulation and challenge that comes with regular student interactions.

But it does mean she witnesses firsthand the pressures that some students are facing. For instance, while initiatives like the SA Actuaries Development Programme has succeeded in shepherding 180 black students through their undergraduate degrees, just 19 have completed the board exam to gain entry into the profession. “So our focus will be on assisting those students and meeting their needs. Often this far into the degree it’s not about maths skills – this is the cream of the crop we are talking about – but it’s about softer skills such as organizational and writing skills. We can provide more assistance.”

During her two-year stint as ASSA president Murphy da Silva will also interact with her counterparts internationally, ensuring that the South African profession maintains its global standards. In some respects, she says, the local profession is ahead of the bar. For instance the Canadians, Australians and British are very interested in the actuarial work conducted in the SA banking sector.

Banking is not her domain though. Murphy da Silva entered the profession just as work was beginning in the healthcare and medical aid arenas. She was part of the team that developed the professional guidance codes for healthcare sector, and when the Medical Schemes Act was promulgated she made a presentation to Parliament’s portfolio committee on health – at the tender age of 27.

She was also convener of the ASSA national health insurance task team. “After Polokwane there was this mad rush to cost this massive promise that had been made. We worked with Discovery and Deloitte.”

It was a good exercise – identifying where our knowledge was lacking. We had to make assumptions about how behavior will change once better infrastructure is in place. We know it will change because we have seen it happen as more people access the Government Employees Medical Scheme.”

When she is not teaching, consulting or (soon to be) leading the profession, Murphy da Silva is at home with her family. Chill time is baking with her daughters. But when she feels the urge to grapple with a particularly testing problem she pulls on her running shoes and heads out the front door. “You’d be amazed how many actuaries are endurance runners.”