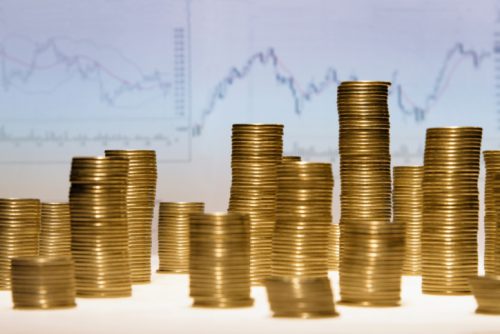 Financial inclusion threatens to become one of those overused, under appreciated terms. Various catchphrases are used to describe it, such as ‘banking the unbanked’, but these generally fail to paint a holistic picture of what it actually means.

The comprehensive, if longwinded, explanation from Washington-based think tank, the Center for Financial Inclusion reads as follows: “Full financial inclusion is a state in which all people who can use them have access to a full suite of quality financial services, provided at affordable prices, in a convenient manner, and with dignity for the clients. Financial services are delivered by a range of providers, most of them private, and reach everyone who can use them, including disabled, poor, rural, and other excluded populations”.

If this definition is anything to go by, reaching a state of financial inclusion – in a community, country or continent – is a tall order.

Notwithstanding this, one African-born microfinance company is working towards exactly that. “We have an ambition to become one of Africa’s leading financial services groups that is recognised for our commitment to enabling financial inclusion,” says the group MD of Letshego Holdings, Chris Low.

Low was CEO of Standard Chartered Bank in South Africa between 2005 and 2008, before joining a middle-Eastern lender for three years and finally returning to the continent he loves.

Incorporated in Botswana in 1998, Letshego’s core business derived from lending to government employees. This continues to account for the lion’s share of its activities, but it is diversifying rapidly. “We have a growing business in East Africa and recently bought a microfinance bank in Nigeria, which plays in the micro and small enterprise lending space, with a focus on low-income housing, health, education and agriculture,” Low tells Moneyweb.

Over the last 18 months, Letshego has been obtaining deposit-taking licences in a number of African countries. “The deposit licence is much more about getting access to the customer and not about cheap funding. We will pay competitive rates to get those salary accounts so that we can lend to these customers,” Low explains.

The Botswana Stock Exchange-listed firm is looking to offer a range of other products, such as insurance, and health and loyalty programmes. Key to this diversification is simplicity and affordability. “We are not going to offer complex wealth management products, which is entirely inappropriate to the segments we are focusing on,” says Low.

These segments are predominantly low-income, rural and unbanked.

The power of mobile

A bank account is not a pre-requisite for transacting via Letshego. “Using a model of collaboration between different providers, Letshego aggregates an existing mobile money service with its own lending, or other financial services, which help with the transmission of the money that is,” Low explains, describing it as “a simple mobile micro loan product”.

Letshego likes to think that it is improving the money remittance model because of the inter-operability of its mobile wallet, says Low, whereby customers can send money between different banks.

To make banking as accessible as possible, Letshego appoints agents in the countries where it operates that effectively function as banks. Letshego agents could be fruit sellers, pharmacies or 7/11s. They are able to lend money and accept deposits so that, for instance, if a customer wants to send money to a relative in another country they can give this money to a Letshego agent in their area, who can then use it to lend money to another nearby customer, while an agent in the country of destination pays the money directly to their relative.

These transactions are electronically verified and agents are carefully vetted, according to Low, with a number of central banks pre-approving the agents.

Loan amounts range from around $500 (extended mostly in Kenya) to between $40 000 and $50 000, for customers who are developing housing. By virtue of having quite robust assessment criteria and because it secures direct debit order mandates on salaries, Letshego’s non-performing debt book is a very small portion of its overall book. “We reported a net impairment charge to the net advances book of 2.5% at June 2015, and the measure averages below 3%,” says Low.

Interest rates charged on loans vary between markets, driven by the cost of funding. “Letshego rates either compare favourably to market rates, or are slightly below. In most cases Letshego does not take security. Affordability criteria is our starting point and we ensure that our customers are not overstretched,” Low maintains, noting that Letshego has helped three different African governments establish loan affordability criteria.

Capital markets and commercial banks are Letshego’s primary source of funding, with roughly 6%-10% borrowed from development finance institutions. With no firm plans for a secondary listing just yet, Letshego may consider the JSE or London Stock Exchange as it gets bigger and the need for more liquidity arises, says Low.