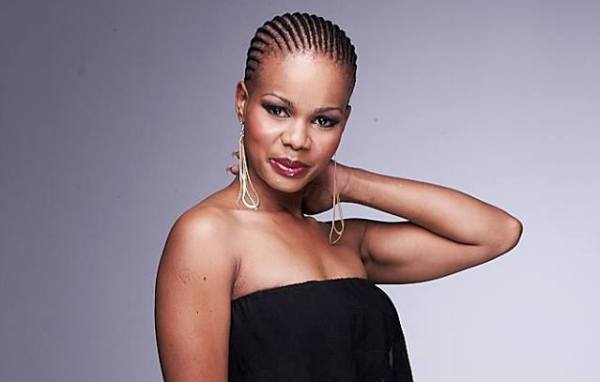 The accusations were sparked by an incident that happened a while back.

Mokwele invited Muvhango actor and SABC 2’s Speak Out presenter Dingaan Mokebe on her show, Home with Mapaseka Mokwele on Kaya FM last week to talk about fathers who are denied access to their children – a platform Mokebe utilised to air his dirty laundry in public and explain how Matshaba has been denying him access to their child since 2010.

He stated that this was why he has stopped paying papgeld in 2011, adding that his lawyers have also been struggling to get hold of Matshaba.

The furious Matshaba is now accusing Mokwele for being one-sided by not allowing her time on the show the same day she allowed Mokebe, pointing out that Mokwele’s issues with her date back to the time when she was interviewed on Khaya FM by Mokwele’s husband, radio presenter Thabo “T-Bose” Mokwele”, and Mapaseka phoned Mokebe to tell her that Motshaba was flirting with her husband.

Yesterday the actress called the station and demanded to give her side of the story after Mokebe lambasted her on the same show, revealing that she walked out of their “toxic” relationship because Mokebe was a beast who beat her up for no reason at all.

“At that point even you Mapaseka, you were the point of contention for that abuse to happen. In 2010, I went to abuti Thabo’s show where he was interviewing me and a colleague and at the end of the show he (Mokebe) called me and said you said I was flirting with your husband,” she revealed.

Mokwele interrupted, wanting to give the facts of the alleged flirtation.

She further interrupted Matshaba, who wanted to continue on the matter”. “Are you going to listen? OK I’m going to make you listen then,” Mokwele said and faded Matshaba off.

Matshaba said she was not happy with how Mokwele treated her on the show and threatened to file a formal complaint to the BCCSA and Khaya FM’S station manager Greg Maloka.