The cast list here looks like a mistake – an artistic inconsistency in which the viewer imagines that either Robert De Niro only has a cameo in the film, or that his name in the titles is a misprint. De Niro and Sylvester Stallone together in the same film? 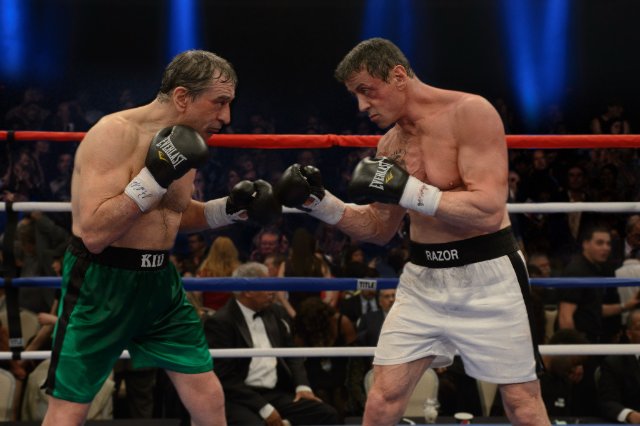 But in spite of the difference in acting styles (or perhaps because of it), Grudge Match is not as one-dimensional as the title suggests and neither did De Niro sell out. He and Stallone complement each other.

The story is not that original. But it is in the visual execution of the predictable plot that readers might find a film that has a heart. Two enemies decide on a boxing rematch after a fallout decades ago, in which a beautiful woman (Kim Basinger, still gorgeous) played a leading part. The script is a comic document of their training programmes, verbal matches, childish banter and romantic interludes. 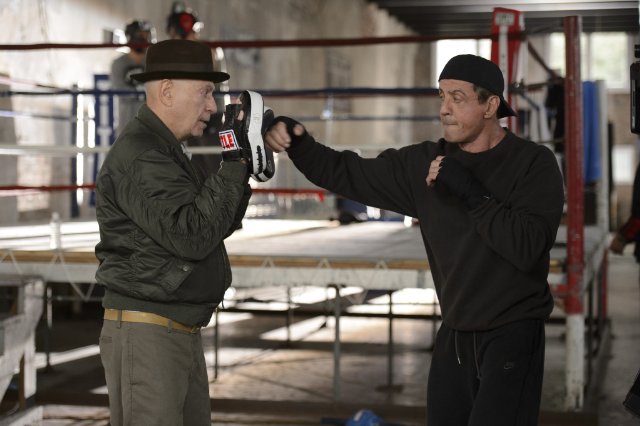 Still of Sylvester Stallone and Alan Arkin in Grudge Match (2013)

On the one hand you have the lazy, slurred speech of Stallone in which everything moves except his face, and opposite him the coherent words from De Niro, with his lived-in face and naughty glint in the eye.

The film moves at an easy pace, designed for the Stallone audience who likes funny dialogue, lots of fighting and vacant stares in between the thumping of fists. But it is elevated to a slightly higher level by De Niro’s acting. And in spite of the occasional wink, he convinces as the aging boxer with a grudge to settle.

This one is definitely not a waste of time or cash.